'Aarya' trailer: Sushmita Sen comes back to acting in a gritty thriller 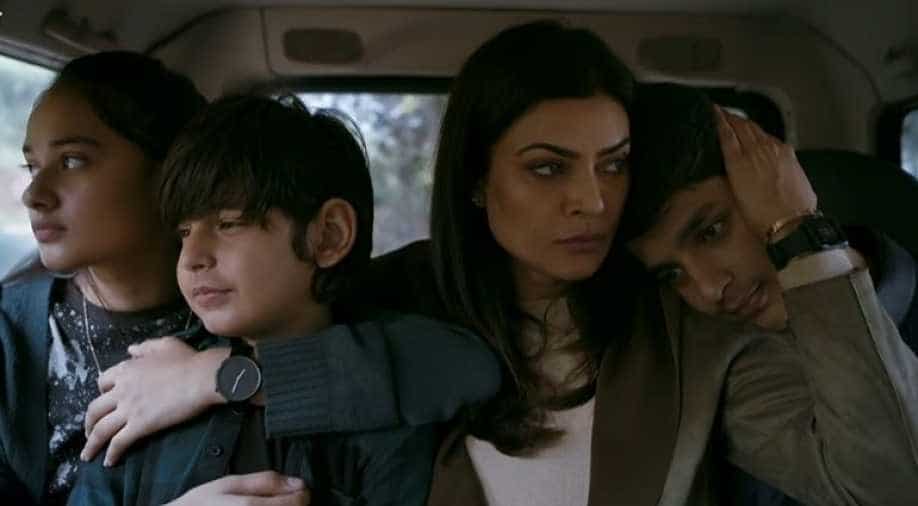 A still from 'Aarya'. Image via Disney + Hotstar Photograph:( Twitter )

The actress who was last seen in Srijit Mukherji's Bengali film 'Nirbaak' in 2015, is making a comeback in a web series called 'Aarya' which will stream on Disney Plus Hotstar soon.

Sushmita Sen is making her foray into acting once again. The actress who was last seen in Srijit Mukherji's Bengali film 'Nirbaak' in 2015, is making a comeback in a web series called 'Aarya' which will stream on Disney Plus Hotstar soon.
The trailer was unveiled on Friday and has Sushmita playing a diting mother and a wife who is forced to take up the murky business of illegal drugs and settle old scores when her husband is shot by a masked man.

From the looks of the trailer, the series looks like a powerful story of redemption and of a woman's courage.

It also marks a comeback of sorts for actor Chandrachur Singh who plays Sushmita's husband in the series. The web series has been directed by Ram Madhvani who is best known for directing 'Neerja' and also features Namit Das and Sikandar Kher in key roles.

A few days back, Sushmita had shared the first look of the series on her Instagram which had got her fans excited.

“Because of YOU...I AM” 👍❤️Aapne bulaaya aur hum chale aaye!! 😁❤️ Hotstar Specials presents #Aarya coming soon!! 💃🏻 Now it’s your turn to tell me, what you think #Aarya is about? Tell me in the comments below and the lucky one who comes closest to guessing it right...goes live with me here on Instagram very very soon!!!😉😁💃🏻 @disneyplushotstarvip @officialrmfilms I LOVE YOU GUYS!! #duggadugga #webegin 🙏❤️💃🏻😀

Speaking at the trailer launch, Sushmita said, “I was ready to beg for the role after I read the script. Life me pehli baar workshop karae mujhse (I did workshops for the first time in my life). It is the courage of human being - it is not about being a man or a woman.”

'Aarya' is said to be a remake of Dutch series 'Penoza'.