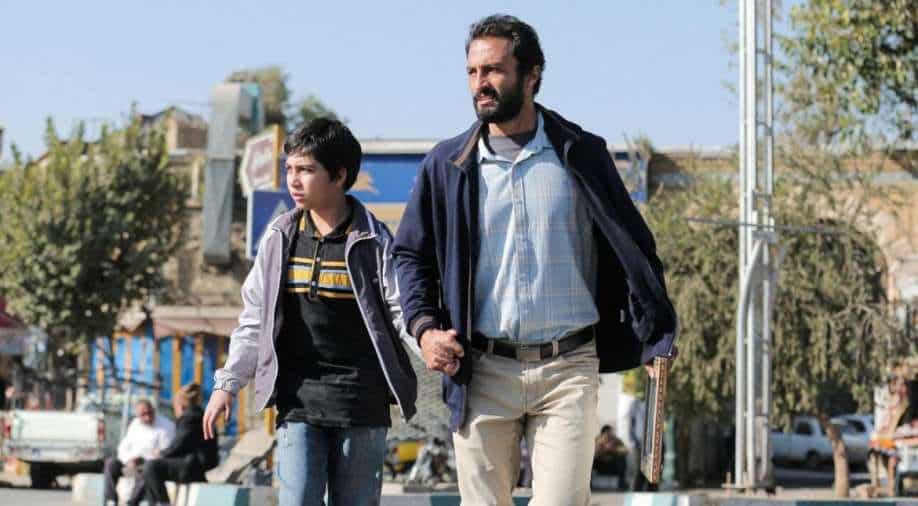 The conflict point in 'A Hero' is stronger, more persuasive in all of Asghar Farhadi’s previous films

A film by the Iranian genius Asghar Farhadi is a joy forever? Well, not quite, considering his subtle but brutal dramatic conflicts never end in any semblance of happiness ever after. His characters are deeply flawed. But they are also strong brave creatures of providence determined to not fall through the crack of a flawed socio-political system.

In all his masterpieces Farhadi portrays a  padlocked society with characters leading seemingly normal lives with abnormal conflicts(the disappearance of a woman during a family vacation in About Elly, the aftermath of a divorce in 'The Past', an assault by a mysterious assailant 'The Salesman').

The conflict point in 'A Hero' is, in my opinion, stronger more persuasive in all of Farhadi’s previous films. There is a growing sense of moral idealism eroded by an ethical ambivalence that knocks off the lid at the bottom of this tale, leaving us staring into a dangerous abyss.

The casting is as usual, impeccable. Amir Jadidi as Rahim the protagonist is a  hero in the truest most classic sense of the term. He has been put into a debt prison in Iran (far less harsh than the normal prisons) for his failure to repay a debt. To compound Rahim’s troubles, his creditor Bahram (Mohsen Tanabandeh) has a familial axe to grind with Rahim.

In this way a seemingly simple morality tale about an unknowing prisoner who desperately wants to return to his normal life spirals into a game of snakes and ladders where the stakes are nothing short of death or freedom; take your pique.

There is an abundance of abandoned anger in the narrative. In Amir Jadidi’s Rahim, one can see the herculean efforts that have gone into refraining from lashing out at a social order that incites individuals’ lives to be ruined through persecution. Rahim emerges from prison for two days, Mets his girlfriend Farkhondeh(Sahar Goldoost) an incredibly supportive girlfriend who will stop at nothing to get her man out of his troubles.

What follows is a kind of tender masquerade of pride and prejudice with Rahim acquiring the status of a local hero, what with he had returned a bag of gold coins to its rightful owner rather than using the money to pay off his debts.

There are knotted tensions in nearly every episode of this tragic drama, defined by a smothered fury against social injustice. The plot is propelled not only by the admittedly considerable dramatic tension but more by the frailties and failings of humankind. Rahim for all his goodness of intention is felled by his fatal flaws. He is a wonderful boyfriend and a fantastic father—and there is a touching father-son bonding built into the plot—but he is also a  bit of a mismanager in life. Rahim has messed up big time with his finances.