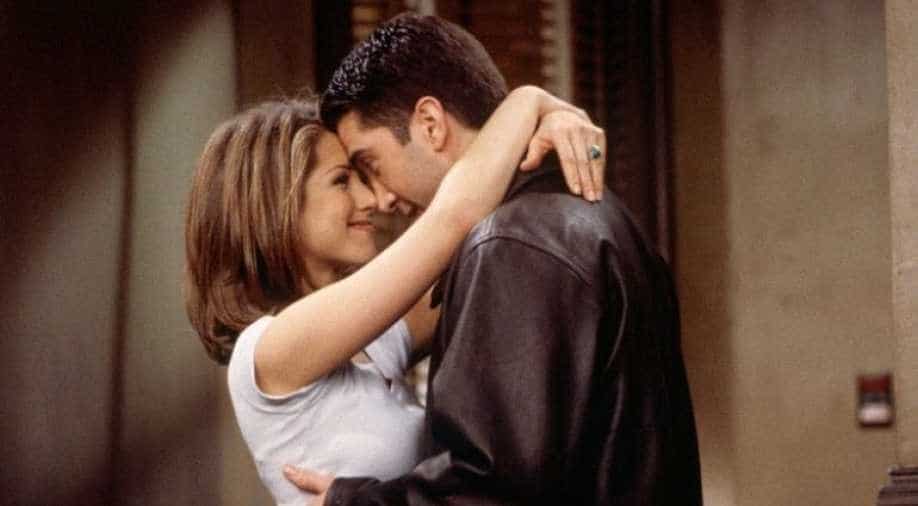 The 50-year-old actor said that she thinks Rachel would be living the family life and busy raising her daughter, Emma.

Ever wondered what happened to your favourite characters after 'Friends' got over? 15 years down the line, are they still friends with each other? Are Monica and Chandler raising their twins outside of New York? Did Rachel and Ross eventually get married? What happened to Joey?

While fans have been wanting a reunion of the cast for the longest time, the creators have so far not thought of one. In a recent interview, Jennifer Anniston, who played Rachel in the popular show, opened up about the much-desired reunion and how she felt Rachel and Ross would still be going strong.

The 50-year-old actor said that she thinks Rachel would be living the family life and busy raising her daughter, Emma."Yes, Absolutely," Aniston said when she was asked if Rachel would still be with Ross Geller, who was played by actor David Schwimmer. Aniston continued to speak about her character`s family life, trying to figure out how old will be Ross and Rachel`s daughter."Emma`s grown up. She`s in college? Not yet. High school? Yeah. She`s in high school. Let`s say junior high," Aniston said. Emma was introduced in the season 7 finale after the couple had a one night stand. The baby was born during the following season, in 2002, which will make her about 17 years old today.

On the `Murder Mystery` press tour, Aniston has been time and again questioned about a potential `Friends` reboot and admitted that the idea is hypothetical."That was something that I just felt like saying a different answer because the question will not stop coming," she said, but also added that none of the other cast members were upset about her openness to the idea.

Aniston had previously told Ellen DeGeneres that "anything could happen" after the talk show host asked about a potential reboot."Why not? You know what, because, listen, I told you this. I would do it. The girls would do it. And the boys would do it, I`m sure," she said.

Actor Courteney Cox, who played Monica Geller on the show, previously said she wouldn`t necessarily be opposed to the idea of a reboot either because she enjoyed working with the other actors."People ask us all the time, `Will we ever do a remake?` That was a story about these group of people that are friends in their 30s who are finding themselves. I don`t know if there`s a way to redo it," Cox told People last October."I just don`t see it happening. Even though I would do anything to be in a room with all of those people acting and having a great time. But I don`t see it happening. I fantasize about it. It really was the greatest job I ever had," she said."I don`t know what it would look like today, but you never know. So many shows are being successfully rebooted," Cox added.

However other co-stars, including Lisa Kudrow and David Schwimmer have been less open to the idea."It would be fun, but what would it be about? Think about it. The thing we liked best about the show was that they were 20-somethings and they were their own family. Now, they all have families, so what are we going to watch?" Kudrow told Today in 2017.

"Look, the thing is, I just don`t know if I want to see all of us with crutches and walkers," Schwimmer told Megyn Kelly on her talk show last year.
Even if there is no potential reboot on the way, the Central Perk crew remain close."We have convened, privately, for dinner, and it was great. We just laughed the whole night. It was really fun," Kudrow told Marc Maron on his WTF podcast recently.

The American sitcom was touted as one of the most popular ones and is still the talk of the town among fans who are eagerly waiting to see their favorite stars back together. Spanning across ten seasons, `Friends` ran from 1994 to 2004 and portrayed the story of six friends in their 20s and 30s who live in Manhattan, New York City.