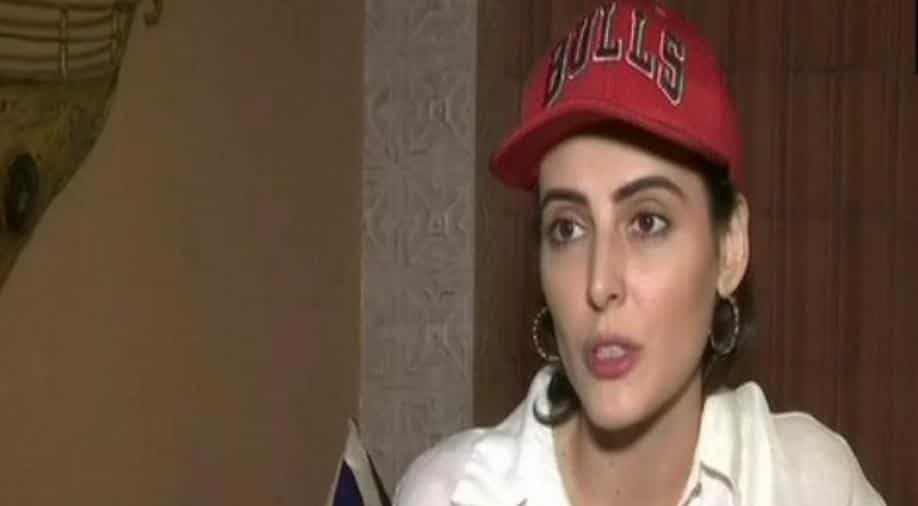 Karimi confessed it while attending a press conference amid the Indian #MeToo movement.

After filmmakers Sajid Khan, Subhash Ghai and Luv Ranjan were accused of sexual misconduct, harassment and abuse by several women who worked with them, 'Kya Kool Hai Hum' director Umesh Ghadge has been accused of harassment by Iranian actor Mandana Karimi.

Karimi confessed it while attending a press conference amid the Indian #MeToo movement.

While talking to ANI, she said that she was harassed on set and that she decided to quit acting because of this behaviour.

Adding further, she shared her experience of how he changed the dance steps and putting other people in the song in last minute, also asking her to wear clothes which made her uncomfortable.

Umesh Ghadge started harassing me by changing the steps in the song,putting other people in the song saying this is last minute decision. Calling me early on set, asking me to wear clothes that I was not even supposed to wear, keeping me waiting: Mandana Karimi on #Metoo pic.twitter.com/eucTEAscJQ

In a recent interview to Times Now, Mandana had said, “I have personally experienced this and I have been called a drama queen and someone with too much attitude. Even to the extent of someone saying that I’m not from here and this is how things work in India. It reached a point where I decided to just keep my mouth shut and my thoughts to myself and accept the fact that women have no voice. And if they do say something then there are consequences for what they say.”

She further lauded Tanushree Dutta for her courageous move and opening up about her harassment experience she faced by veteran actor Nana Patekar the sets of ''Horn Ok Please'' in 2008.

Warner Bros. to release 'Furiosa', 'The Color Purple' in theatres in 2023