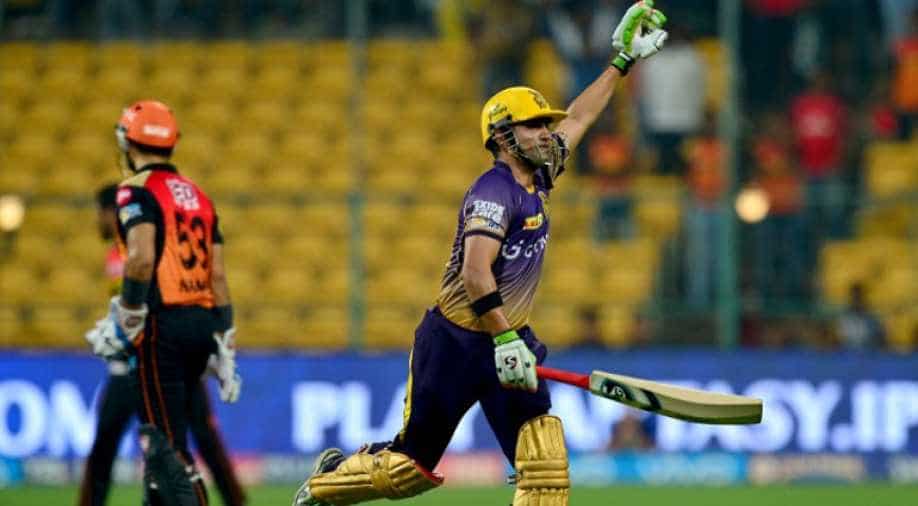 Gautam Gambhir's Kolkata Knight Riders have overcome the first hurdle in the knock-out phase by toppling Sunrisers Hyderabad in the IPL qualifier. Gambhir's men will now face the 'real test' as they take on Mumbai Indians in the second qualifier on Friday.

Skipper Gautam Gambhir will obviously feel uncomfortable with the overall statistics since his team has lost 13 of the 18 encounters so far against the Mumbai side in the IPL. In fact, it has got worse for Kolkata this season with Gambhir's men losing both matches - home & away - to Mumbai this year. On both occasions, Kolkata were beaten comfortably by 6 wickets by Mumbai.

Kolkata Knight Riders may have peaked too early in this IPL, after making a mixed start winning the first game against Gujarat Lions by an emphatic 10-wicket margin, the Knights lost to Mumbai Indians by 4 wickets but they quickly regrouped and went on a winning streak winning three games in succession against Kings XI Punjab, Sunrisers Hyderabad & Delhi Daredevils but lost unexpectedly against Gujarat Lions at home.

The defeat spurred the Knights to win the next three games in succession against Daredevils, Rising Pune Supergiants & Royal Challengers Bangalore which catapulted them to the top of the table. However, after a three-game high, the Knight Riders slipped down the table to end in fourth place managing to sneak into the qualifiers.

In the match against Sunrisers, Kolkata showed their mettle by first restricting Warner's men and then knocking off the target with four balls to spare with skipper Gautam Gambhir leading from the front, unbeaten on 32(2 sixes, 2 fours) in just 19 balls after his team lost 3 wickets for just 12 runs in a rain-hit match. The Knights finally reached the 48-run target in 5.2 overs.

In Friday's eliminator, Gautam Gambhir will have to lead from the front. The KKR skipper will have to open the innings if Kolkata intends to take on a rival against whom they haven't won a single game this season. The KKR top order has to fire and bowlers led by Umesh Yadav will have to come out all guns blazing.

KKR will probably start with a slight advantage having seen the nature of the Bengaluru pitch first-hand just a couple of hours ago. Even then, Mumbai Indians will not hold back led by Rohit Sharma they will have their own plan to checkmate KKR.

T-20 fans have never had it so good, may the best team win!

WION's sports editor Yash Jha talks about what to expect in the match as the two IPL giants clash at the Chinnaswamy Stadium today. (WION)

PSL 6: Complete schedule, venue details and all you need to know