Indian cricket chief Anurag Thakur may be jailed for perjury 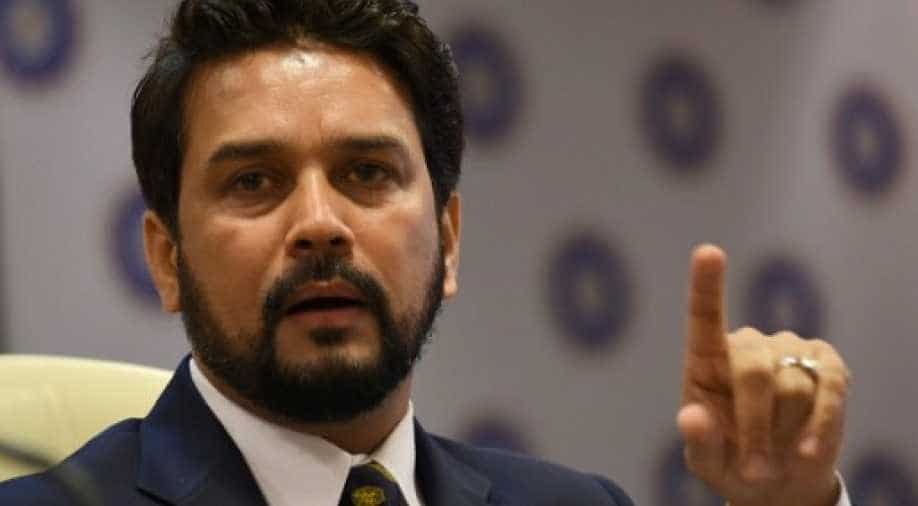 Board of Control for Cricket in India (BCCI) president Anurag Thakur is in danger of being jailed for possibly trying to derail justice and impede reforms.

India's Supreme Court found that Thakur, who is in-charge of cricket administration in the country, had asked International Cricket Council (ICC) to send a letter saying court orders would be conflated with government intervention.

ICC takes a stern view if government officials try to interfere in its daily affairs. Cricket associations can be suspended if that happens, accordong to ICC guidelines.

India's Supreme Court said Thakur "appears to have prime facie committed perjury" by asking for ICC's 'help' to scythe a reforms sweep suggested by the Lodha Committee. If found guilty, Thakur could face time in jail, the court said.

Lodha Committee was instated by the court to overhaul BCCI functioning. It came up with recommendations, among which were: there should be three selectors instead of five with experience in Test cricket; maximum age-limit of 70 years for all administrators; and, cooling off period for three years.

Although the BCCI accepted some of the recommendations, it was averse to incorporating all the changes sought by the Lodha panel -- defiance that did not go down well with the Supreme Court.

On Thursday, the court questioned Thakur's intention and asked him to apologise if he wanted escape the perjury charges.

Thakur, however, said he did not lie to the court. "No one dare lie to Supreme Court and must apologise if he does so," he said in a statement.

The apex court has reserved its order till January 3.