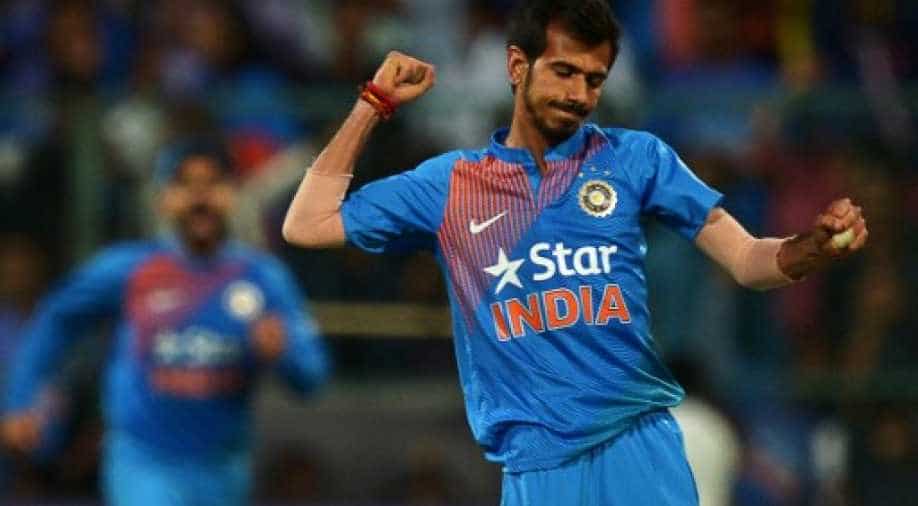 Yuzvendra Chahal took six for 25, best-ever figures for an Indian bowler in a T20I, to scuttle England out for 127. Photograph:( AFP )