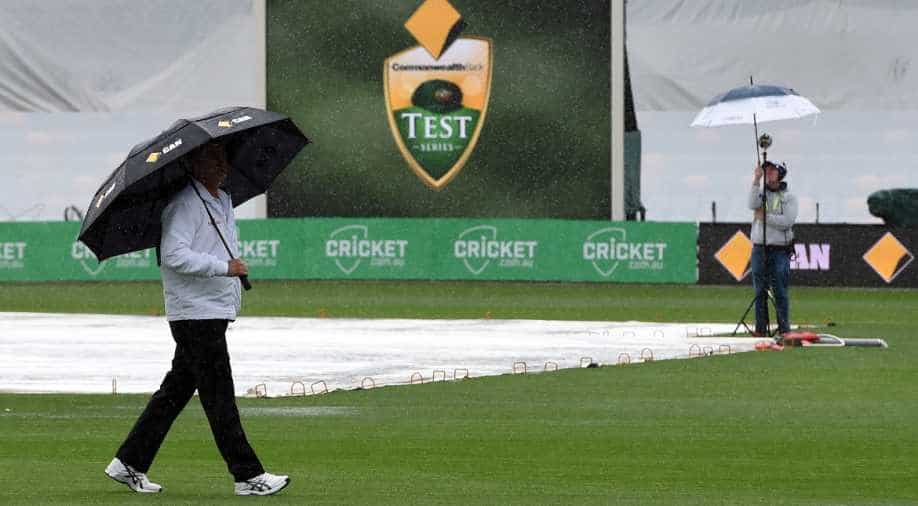 The Proteas are in a strong position to claim victory and clinch their third consecutive series in Australia. Photograph:( AFP )

Play was abandoned on the second day of the second Test between Australia and South Africa without a ball being bowled following incessant rain in Hobart on Sunday.

The umpires made a ground inspection at 2:00 pm local time (0300 GMT) and decided to call off the day's play, with the start scheduled 30 minutes earlier for each of the remaining three days.

South Africa hold an 86-run lead after routing Australia for 85 and reaching stumps on the first day at 171 for five.

Temba Bavuma will resume on Monday on 38 with Quinton de Kock not out 28.

Extensive covers protected the Bellerive pitch and surrounds amid continual rain throughout Sunday with only a few hardy souls in the stands.

The Proteas are in a strong position to claim victory and clinch their third consecutive series in Australia after rolling the home team in just 32.5 overs.

Vernon Philander powered the Proteas with five for 21 and was supported by recalled paceman Kyle Abbott who took three for 41.

It was Australia's lowest total at home against South Africa to revive memories of recent catastrophic batting collapses.

The capitulation revisited the nightmares of their miserable 47 in Cape Town in 2011 and England's demolition of them for 60 at Trent Bridge last year.