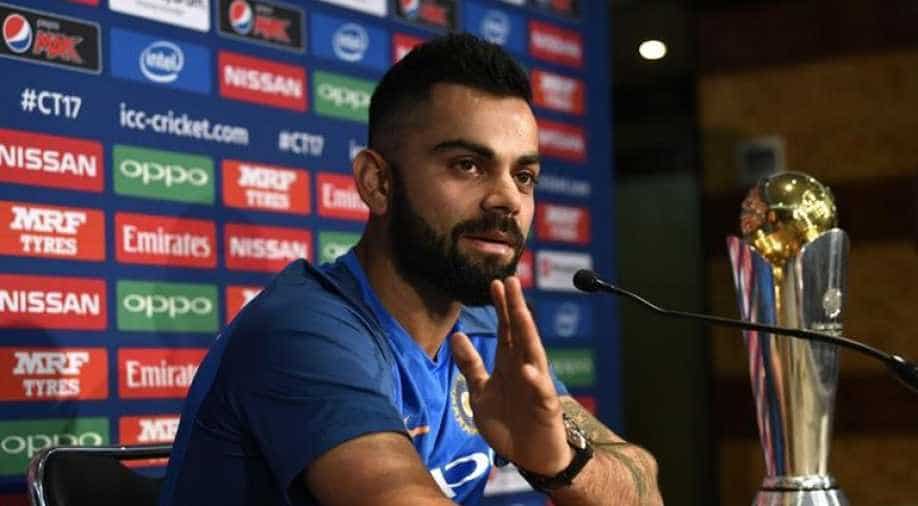 'A lot of teams have surprised their oppositions in the lower stages,' Kohli said. Photograph:( AFP )

Chief of the BCCI Committee of Administrators Vinod Rai and general manager (cricket operations) Dr MV Sridhar are making an unscheduled trip to England ||The BCCI officials arrive in Birmingham today and will return after India's match with?Pakistan match on Sunday

The Board of Control for Cricket in India (BCCI) has reportedly sent three of its officials to England to resolve the alleged differences between Team India captain Virat Kohli and coach Anil Kumble, a media report claimed on Thursday.

The two officials, chief of the BCCI Committee of Administrators Vinod Rai and general manager (cricket operations) Dr MV Sridhar, are making an unscheduled trip to England ahead of India's Champions Trophy opener
against Pakistan on June 4.

Sridhar, who has played 97 first-class matches, is highly respected by the players and may facilitate Vinod Rai's interactions with the coach and captain.

The BCCI officials will reach Birmingham today and will return after India's match with Pakistan match on Sunday.

Meanwhile, historian Ramachandra Guha, who was appointed by the Supreme Court as one of the four administrators of BCCI, informed the top court today that he had resigned from the post due to personal reasons.

Guha had been appointed by the top court to run the affairs of BCCI and implement court-approved recommendations on reforms in the cash-rich cricket body.

The speculation surrounding Kumble, whose  future has become a matter of conjecture after reports of the rift with Kohli are suspected to be one of the reasons for Guha's exit.