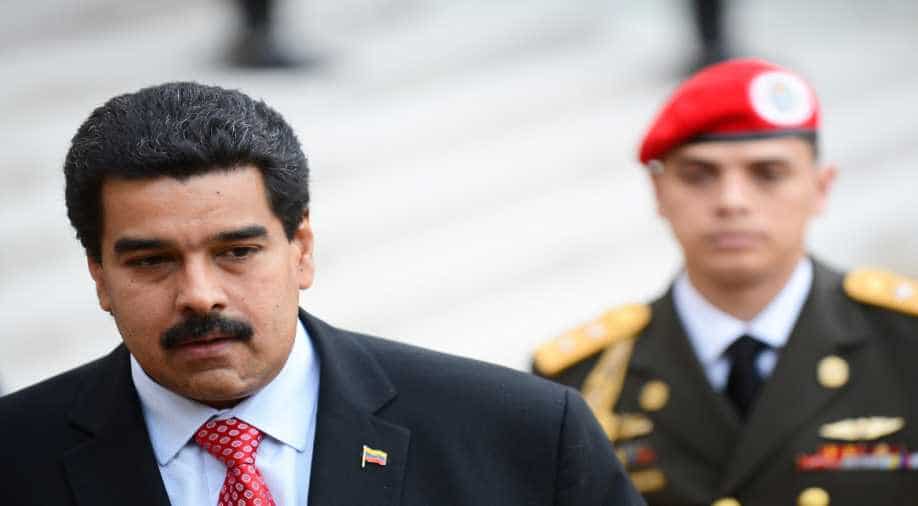 "Citibank, with no warning or communication, says that it is going to close the Central Bank and Bank Of Venezuela account. That is what you call a financial blockade," the embattled president said in televised remarks.

He said the move amounted to an "inquisition" by US President Barack Obama's administration. Maduro said his South American nation, a major oil producer, uses the account to make payments "within 24 hours, to other accounts in the United States and worldwide".

Maduro's socialist government has often claimed that US "right wing" interests and local business elites were trying to blockade his state-led economy and prevent Venezuela's access to international credit.

"Do you think they are going to stop us by putting in place a financial blockade? No, ladies and gentlemen, nobody stops Venezuela. With Citibank or without it, we are moving forward. With Kimberly or without, we are moving."

Venezuela's government said just hours earlier that it would take over operations at facilities where US consumer goods giant Kimberly-Clark just shut down, citing unworkable economic conditions. The American company announced on Saturday it would cease production, saying that it was impossible to get enough hard currency to buy raw materials, and that inflation was surging.

"We are going to sign, at the workers' request... to authorise immediate occupation of the workplace known as Kimberly-Clark de Venezuela... by its workers," Labor Minister Oswaldo Vera said at the facility's plant in the central city of Maracay.

The country's economy has been hard hit by the plunging value of its main export, oil. Analysts also criticise its state-led economy of gross mismanagement leading to shortages of toilet paper, diapers and food.

Vera signed the document to loud cheers and he said machines would be back in operation within hours. In a sign of Maduro's concern at mounting social unrest, the president on Thursday replaced the head of the National Guard.

The Venezuelan opposition launched efforts to remove the president after winning control of the legislature in January. But Maduro has challenged his rivals through the Supreme Court, which they accuse him of controlling.