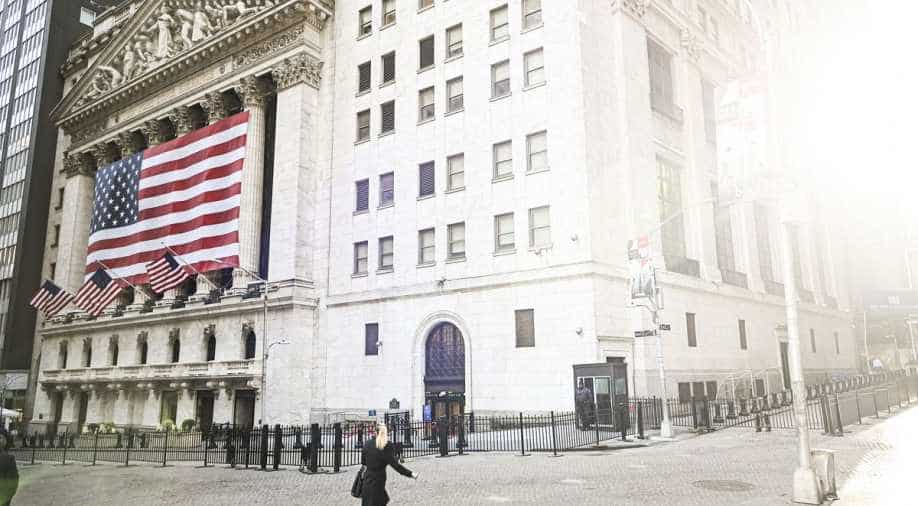 The 32.9 per cent GDP contraction, though slightly better than expected, was the worst experienced by the world's largest economy since at least 1947 and underscored the severity of the rapidly unfolding crisis, which has already destroyed tens of millions of jobs.

The US economy collapsed in the midst of the coronavirus pandemic, suffering its worst drop on record while hopes for a recovery took another hit as job losses increased, according to government data released on Thursday.

The 32.9 per cent GDP contraction, though slightly better than expected, was the worst experienced by the world's largest economy since at least 1947 and underscored the severity of the rapidly unfolding crisis, which has already destroyed tens of millions of jobs.

COVID-19 cases have resurged in recent weeks, eroding early progress towards a rebound and forcing authorities in several states to reimpose restrictions that sent workers back home.

The latest Labour Department data showed a second straight weekly increase in initial claims for jobless benefits following several weeks of declines, prompting renewed calls for Congress to quickly approve a new round of emergency spending to support the economy.

The separate growth figures from the Commerce Department are given at an annual rate -- a measure of the full-year result if the damage was translated over 12 months. Compared to the same quarter of 2019, economic activity fell 9.5 percent, still the worst figure since 1948.

US media reported the White House is pushing for a stop-gap measure that would extend the extra unemployment payments by one week as well as the moratorium on evictions for renters while negotiations continue.

After surging in March amid the massive job losses at the start of the pandemic, first time claims for jobless benefits have been falling for weeks, but they rose again to 1.43 million in the week ended July 25, the Labor Department said on Thursday.

That figure does not include the 829,697 new claims by people who filed under a special program for those who would not normally be eligible for aid.

The data show "the resurgence in COVID-19 cases is taking a toll on the recovery in the labor market," Oxford Economics lead US economist Nancy Vanden Houten said in an analysis.

Continuing claims, which is the number of people receiving benefits for more than a week, jumped to over 17 million while the insured unemployment rate rose to 11.6 percent in the week ended July 18.

Following a reduction of 5.0 per cent in the first three months of the year, the GDP plunge was driven largely by the drop in its largest component, consumer spending, which fell 34.6 percent annualized, according to the report, which was the first estimate for the second quarter.

Trade also took a huge hit in the latest quarter, with exports falling just over 64 per cent, and imports down 53.4 per cent.