Toyota sales surge, but GM and Ford’s rebounds are weaker 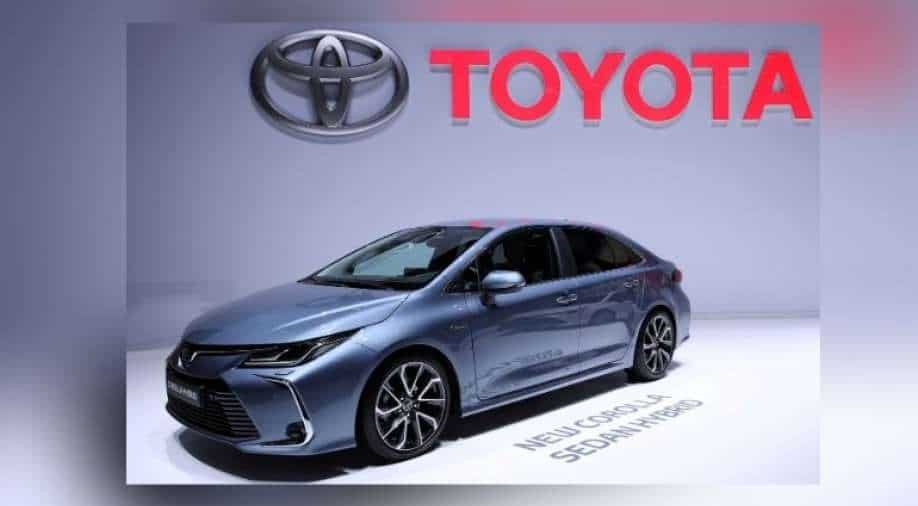 Toyota’s big jump helped it outsell Ford Motor Co., which has also been hit by the semiconductor shortage

General Motors reported a modest rise in car sales in North America for the first quarter, but its operations continue to be hampered by a shortage of computer chips.

GM said on Thursday that it sold 642,250 cars and light trucks in the first three months of the year, up just 4% even though sales a year ago slowed sharply as the coronavirus pandemic took hold.

By contrast, Toyota Motor Corp. showed a strong rebound in sales compared with a year ago. The Japanese company reported that sales in North America jumped 22% in the first three months of 2021, to 603,066 cars and light trucks. Its March sales were a record high for that month.

Toyota’s big jump helped it outsell Ford Motor Co., which has also been hit by the semiconductor shortage. Ford’s sales in the first quarter were up just 1%, to 521,334. Stellantis — the company formed by the merger of Fiat Chrysler and France’s Peugeot SA — reported its U.S. sales increased 5% in the first quarter.

Ford and GM both enjoyed substantial increases in sales to individual customers at dealerships while reporting declines in sales to fleet operators like rental car companies and governments.

GM and Ford have had to halt or slow production at a handful of plants. GM has resorted to making some vehicles without parts containing computer chips with the intention of installing those components before sale when supply improves.

In a statement, GM said it hoped its strategy for building cars without some components would help it “quickly meet strong expected customer demand during the year.”

That approach to building cars “underscores the dire nature” of the semiconductor shortage, an analyst at CFRA Research, Garrett Nelson, said in a report. “One of the key questions is how much better the U.S. auto sales recovery can get from here.”

The chip shortage is reflected in GM’s unusually low inventory of 334,628 vehicles. That is about 76,000 less than at the end of the fourth quarter and is half the number of vehicles its dealers held in stock a year ago. Ford’s inventory was 56,100 lower than at the end of 2020.

GM’s sluggish sales were confined to its Chevrolet brand, whose sales fell 2% in the first quarter. That included a 13% decline in sales of its full-size Silverado pickup truck, a critical profit-maker for the company. The Buick, Cadillac and GMC brands reported strong sales in the quarter.

Toyota also reported a drop in sales of its full-size pickup, the Tundra. But the decline was more than offset by big increases in sales of its RAV4, Highlander and 4Runner sport-utility vehicles and cars from its Lexus luxury brand.