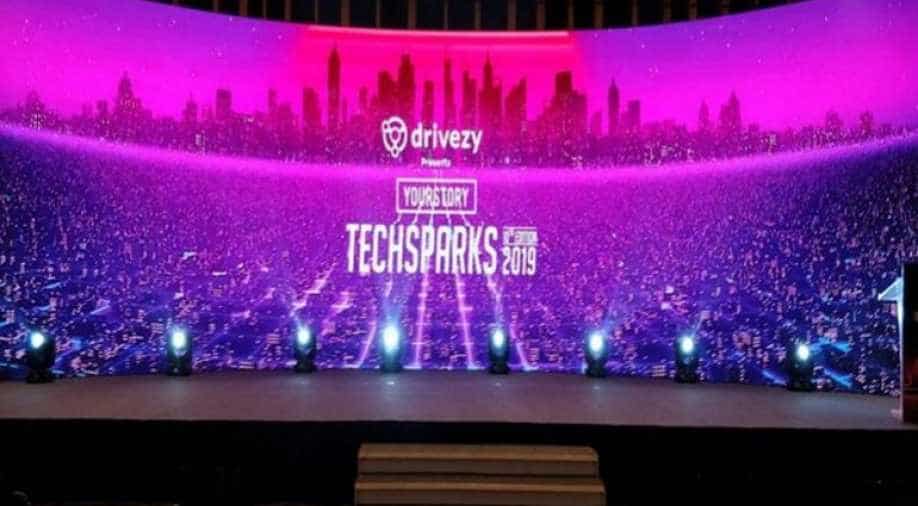 This collaboration was launched by S Iswaran, Singapore's Minister-in-charge of Trade Relations in Bangalore at 10th edition of TechSparks last week.

Singapore announced the addition of India to its Global Innovation Alliance (GIA) tech startup network, which will connect the island nation`s fledgeling tech companies as well as small and medium-sized enterprises (SMEs) to India`s technology ecosystem.

This collaboration was launched by S Iswaran, Singapore's Minister-in-charge of Trade Relations in Bangalore at 10th edition of TechSparks last week. Launched in 2017, GIA is an initiative led by three Singapore government bodies - the Singapore Economic Development Board (EDB), Ministry of Education (MOE) and Enterprise Singapore.

It aims to strengthen Singapore`s connections to major innovation hubs around the world, thereby creating an exchange of ideas and knowledge to promote innovation. Through this, it is envisaged that more opportunities will be available to students, entrepreneurs and businesses, to gain experience and to connect and collaborate with their overseas counterparts.

TechSparks 2019 is a technology event organised by YourStory, India`s foremost media technology platform which brings together startups, entrepreneurs, policymakers, business leaders, innovators, investors and media houses to discuss and debate ideas. It is also an event rich with networking opportunities.

During the event, the Singapore Minister, S Iswaran said: "We hope that this will not only pave the way for more partnerships between enterprises from both countries but also drive the growth of our startup ecosystems to benefit both our economies."

Mr Iswaran also witnessed the signing of four memoranda of understanding (MOUs), three of which involve business partnerships Enterprise Singapore has with Indian platforms. One of them is with Indian speed scaling platform Anthill Ventures. Anthill Ventures which has offices in Singapore, Hyderabad and New York, specialises in helping early-growth stage startups with among other things connecting with industry experts, mentoring, market reach and finding investors.

In the agreement with Enterprise Singapore, they will facilitate the entry of Singapore-based startups into the Indian market through Bangalore. A programme, which begins in November, will include a three-day boot camp in Singapore and a two-week immersion programme in Bangalore where participants will meet Indian enterprises and participate in field trips.

Another partnership is with The Indus Entrepreneurs Global (TiE), a non-profit startup network founded in Silicon Valley by Indian-American businessmen Kanwal Rekhi. The TiE will connect Singapore startups to mentors and venture capitalists in the Indian startup scene. Its mission is to nurture the next generation of entrepreneurs through mentoring, networking, education, funding and incubation.

Enterprise Singapore`s third MOU is with YourStory, the organisers of the event, with the aim to foster collaboration between the startups and entrepreneur communities of Singapore and India and to increase business opportunities.

The final MOU signed during the event was between Anthill Ventures and Singapore property giant CapitaLand's coworking space BRIDGE+ to provide a conducive environment for tech startups and companies to collaborate. The launchpad in CapitaLand`s International Tech Park Bengaluru is also where the GIA Acceleration Programme will be conducted.

Tan Soon Kim, assistant chief executive officer of Enterprise Singapore in comments to The Business Times of Singapore emphasised the bilateral nature of GIA adding that Indian startups are encouraged to come to Singapore and tap on Singapore`s rich ecosystem and thereafter to branch out into Southeast Asia.

According to a study by the Economic Research Institute for ASEAN and East Asia published recently, the digital economy of ASEAN is expected to grow by 6.4 times, from $31 billion in 2015 to $197 billion by 2025.

Bilateral trade between Singapore and India stood at $19.2 billion in 2018 according to Singapore`s Ministry of Trade and Industry figures. This is an increase of 15 per cent from 2015 where two-way trade stood at SGD 23.07 billion. Of this, about 65 per cent is of goods imported into India from Singapore.

Singapore was the largest foreign investor in India in the last Indian fiscal year with Singapore-based companies committing over $16.2 billion in investments.

Singapore Minister Iswaran added in a Facebook post, "The innovation ecosystems in Singapore and India have many synergies, and Bangalore has an established technology scene, along with a strong startup and innovation ecosystem. I`m encouraged that with the GIA, Singaporeans and Singapore companies will have more opportunities to collaborate with their counterparts in India to create innovative solutions."