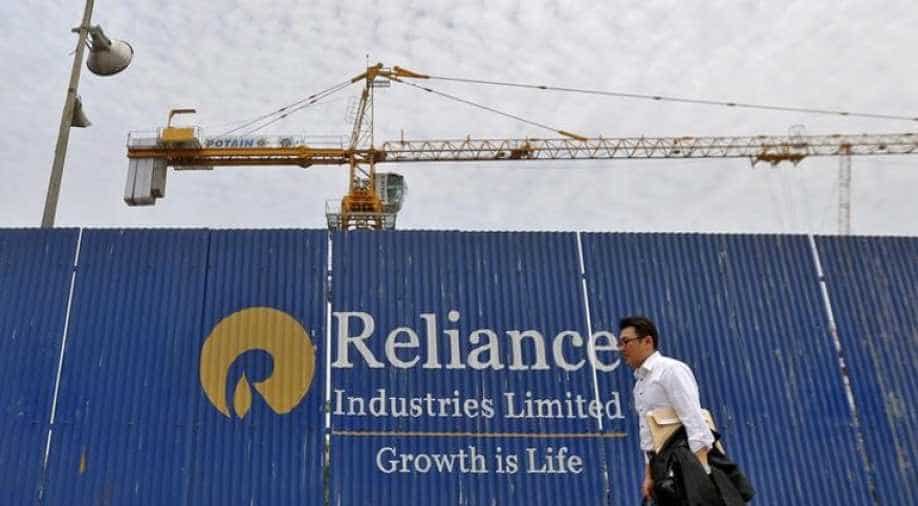 The oil-to-telecom conglomerate also announced an acquisition of majority stakes in Den Networks Ltd and Hathway Cable and Datacom Ltd for Rs 5,230 crore to bring under its fold 27,000 local cable operators who would help strengthen its rollout of fibre-based broadband service to households for offering ultra high definition entertainment on large screen TVs.

Reliance Jio, the group's telecom arm, posted a standalone net profit of Rs 681 crore, which was 11.3 per cent more than the previous quarter as subscriber base swelled to 252.3 million.

The petrochemical business saw pre-tax profits jump by 63.7 per cent to Rs 8,120 crore after the company stabilised operations of a new refinery off-gas cracker and other downstream units.

The operator of world's largest oil refining complex saw pre-tax earnings from the business decline for the second quarter in a row. It fell 19.6 per cent to Rs 5,322 crore as margins dipped. In the first quarter the pre-tax earnings had fallen 16.8 per cent.

It earned US $9.5 on turning every barrel of crude oil into fuel as compared to a gross refining margin of US $12 per barrel. The GRM was also lower than US $10.5 per barrel earning in first quarter.

This it attributed to significantly higher crude price (up 47 per cent over last year) and tight product cracks.

The pre-tax loss of oil and gas business widened to Rs 480 crore from Rs 272 crore in the second quarter of 2017-18 due to the continued decline in production.

Commenting on the results, Mukesh D Ambani, Chairman and Managing Director, Reliance Industries Ltd, said: "Our company delivered robust operating and financial results for the quarter despite macro headwinds, with strong growth in earnings on a year-on-year basis."

"Our integrated refining and petrochemicals business generated strong cash flows in a period of heightened volatility in commodity and currency markets," he said. "Our world-class petrochemicals assets contributed to record earnings; endorsing benefits of diversified feedstock, integration and superior product portfolio. Use of ethane feedstock at Nagothane cracker from this quarter has further enhanced feedstock optionality."

Stating that the group's consumer-facing businesses were gathering momentum, he said the performance of both retail and Jio reflect the benefits of scale, technology and operational efficiencies.

"Retail business EBITDA has grown three-fold on Y-o-Y basis whereas Reliance Jio EBITDA has grown nearly 2.5 times. Jio has now crossed 250 million subscriber milestone and continues to be the largest mobile data carrier in the world," he said.

Net subscriber addition for Jio was 37 million in July-September, as against 28.7 million in the previous quarter.

The Average Revenue per User (ARPU), however, declined to Rs 131.7 per subscriber per month from Rs 134.5 in April-June.

RIL said it will make a "primary investment of Rs 2,045 crore through a preferential issue under SEBI regulations and secondary purchase of Rs 245 crore from the existing promoters for a 66 per cent stake in DEN".

Also, it will make a primary investment of Rs 2,940 crore through a preferential issue for a 51.34 per cent stake in Hathway.

RIL would also make open offers to minority shareholders of GTPL Hathway Ltd, a company jointly controlled by Hathway with 37.3 per cent stake, and Hathway Bhawani Cabletel and Datacomm Limited, a subsidiary of Hathway, the statement said.