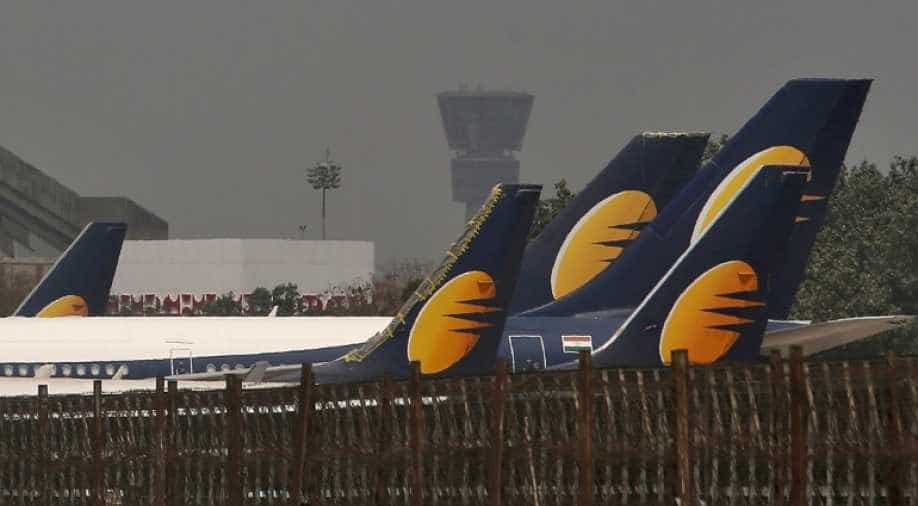 This morning, flights from Mumbai to Delhi were being sold online for fares as high as Rs 32,000 for a single journey, with the minimum one-way price clocking around Rs 8,000. Prices are almost the same from Delhi to Mumbai.

Airfares in India have been on the rise for the last one month, ever since Jet Airways suspended its domestic and international flights.

With only seven Jet aircraft operating out of its fleet of 124, its competitors seemed to have cashed in on the opportunity to hike fares, thereby adding to commuters' woes.

This morning, flights from Mumbai to Delhi were being sold online for fares as high as Rs 32,000 for a single journey, with the minimum one-way price clocking around Rs 8,000. Prices are almost the same from Delhi to Mumbai.

Similar airfares are being displayed on websites for an entire week. Bipin Singh, who is a frequent traveller, said he had to pay a heavy fare for travelling today from Mumbai to Delhi by GoAir flight G8-319.

"I booked a ticket from Mumbai to Delhi today morning for over Rs 25,000. There was chaos at the Mumbai airport due to the suspension of Jet Airways flights," he told ANI.

Last month, the DGCA had said no diktat was issued to the airlines on hiking airfares. "We have just advised them that to increase their capacity to keep airfares in check," it added.

The Indian aviation market has seen a sharp increase in airfares in the past few months due to the suspension of Boeing 737 MAX aircraft as well as the ensuing Jet Airways crisis.

In India, Jet Airways has five Boeing 737 MAX while Spice Jet has 12 aircraft of this make. The aircraft were grounded following the Ethiopian Airlines crash.

Meanwhile, a senior DGCA official said the aviation regulatory body is reviewing the hike in airfares on specific routes across the country.

The 737 MAX jets came under scrutiny after 346 people lost their lives in two deadly plane crashes in Indonesia and Ethiopia.

On March 10, 157 people on board an Ethiopian Airlines flight - a Boeing737 MAX jet - lost their lives after their flight crashed just a few minutes after it took off from Addis Ababa.

In October last year, a Boeing 737 MAX Lion Air flight crashed in Indonesia, claiming the lives of all 181 people on board.

Investigations are ongoing into both the incidents.