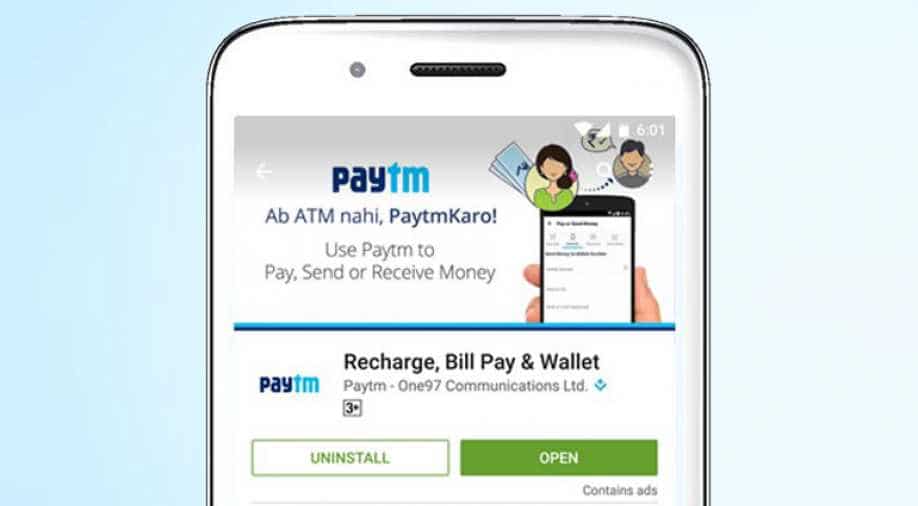 A screenshot of the Paytm Android app. Photograph:( WION )

India’s largest mobile payments and commerce platform Paytm has announced registering over seven million transactions worth Rs 120 crore in a day as millions of consumers and merchants across the country try mobile payments on the Paytm payment platform for the first time.

The company is currently doing more transactions than the combined average daily usage of Credit and Debit Cards in India.

Backed by a strong payment ecosystem of customers and merchants, Paytm was able to serve over 45 million users in last 10 days alone and over five million new users added since the demonetisation drive.

With offline transactions now contributing to over 65 per cent of the overall business, the company has also expanded its merchant network by 150,000 additional merchants. This will ensure consumers have more shops in their neighbourhood accepting Paytm than ever before.

"From consumers being able to pay for a cup of coffee in metros, to farmers purchasing seeds using Paytm in Kurnool, we are witnessing an exponential increase in adoption of Paytm as a way to pay by both consumers and merchants alike. We are working around the clock to ensure we can enable users and merchants to complete everyday transactions seamlessly," said Vice President - Paytm, Sudhanshu Gupta.

Paytm can also be used to pay at thousands of apps and websites for services like recharges and bill payments, movie tickets, travel bookings, food ordering and shopping. With its assertive focus on mobile payments, the company is inching closer to its aim of making cashless transactions a way of life across India.