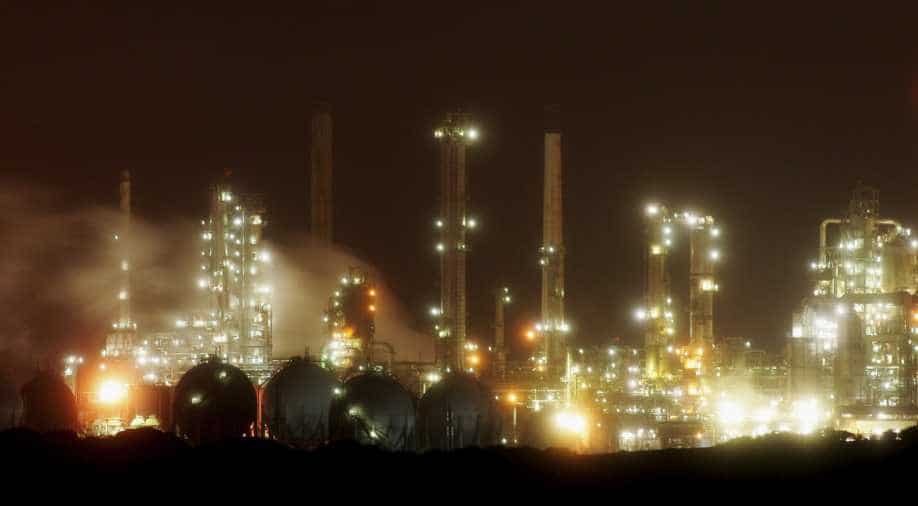 In Norway, oil workers signed a deal on Saturday, avoiding a strike that would have cut output from western Europe's top oil producer by about 6 per cent. Photograph:( Getty )

Follow Us
Oil futures were steady on Monday following comments from the Saudi energy minister that the market was heading towards balance, even if signs of slowing demand in Asia weighed.

There will be no West Texas Intermediate crude settlement on Monday as US financial and commodity markets are closed for the US Independence Day holiday.

The energy minister of Saudi Arabia, the world's top crude exporter, and the secretary general of producer club OPEC agreed that global oil markets were heading towards balance and that prices reflect this.

Crude futures are drawing some support from concerns over output in Nigeria, where a militant group has been carrying out attacks on oil facilities over the past months.

"After another counter-seasonal summer build, gasoline cracks now trade below diesel, which should force refiners to act. The end result is likely to be run cuts, with some signs already emerging for 3Q," Morgan Stanley said on Monday.

"Asia refiners have already started to pull back ... and there are reports of cargoes struggling to sell," it added.

Higher oil output is another factor that could cap prices.

In the United States, drillers last week added oil rigs for a fourth week in five, in the best month of producers returning to the well pad since August 2016.

In Norway, oil workers signed a deal on Saturday, avoiding a strike that would have cut output from western Europe's top oil producer by about 6 per cent.

Money managers cut their net long US crude futures and options positions in the week to June 28, the US Commodity Futures Trading Commission said on Friday.