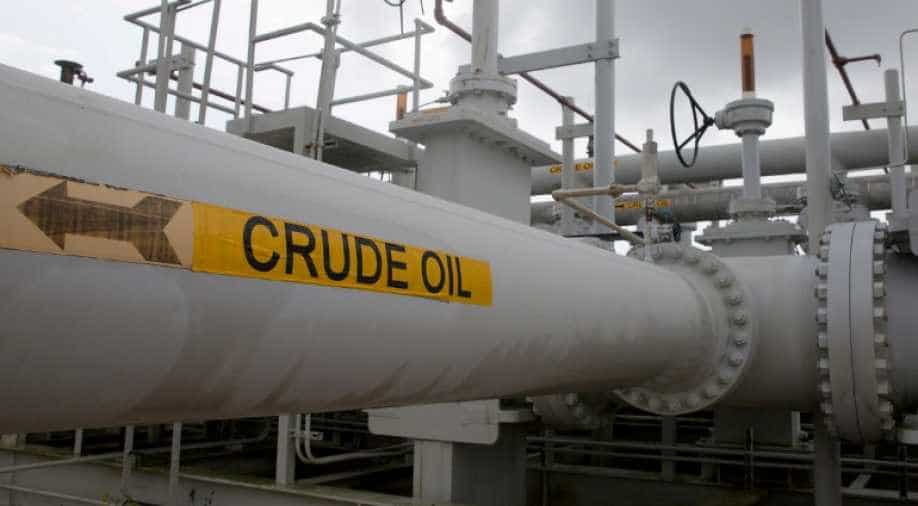 File photo of a maze of crude oil pipes and valves. Photograph:( Reuters )

Oil prices were mixed on Thursday, with Brent edging higher towards the psychologically important $70 level after easing in the previous session on data showing a surprise build in US inventories.

Global benchmark Brent has risen nearly 30 per cent this year, while WTI has gained nearly 40 per cent, with prices underpinned by tightening global supply and signs of demand picking up.

"There is a clear bias to the upside with the supply restrictions," said Michael McCarthy, chief market strategist at CMC Markets in Sydney, pointing to supply cuts by OPEC and others along with sanctions on Iran.

"And there's a much better than expected demand picture after the recent China and US PMI numbers, along with a potential kicker from any U.S.-China trade agreement," he said.

The Caixin/Markit services purchasing managers' index (PMI) rose to 54.4, the highest since January 2018 and up from February's 51.1, a fourth-month low, a private business survey of China's service sector showed on Wednesday.

Crude oil is also supported by an agreement between the Organization of the Petroleum Exporting Countries and allies such as Russia, a group known as OPEC+, to reduce oil output by about 1.2 million bpd this year.

U.S. pressure on Iran is increasing, with a senior Trump administration official saying earlier this week that Washington is considering more sanctions on the Middle Eastern country.

U.S. crude production climbed 100,000 barrels per day (bpd) to a record 12.2 million bpd, after hovering around 12-12.1 million bpd since mid-February, according to the data from the Energy Information Administration.