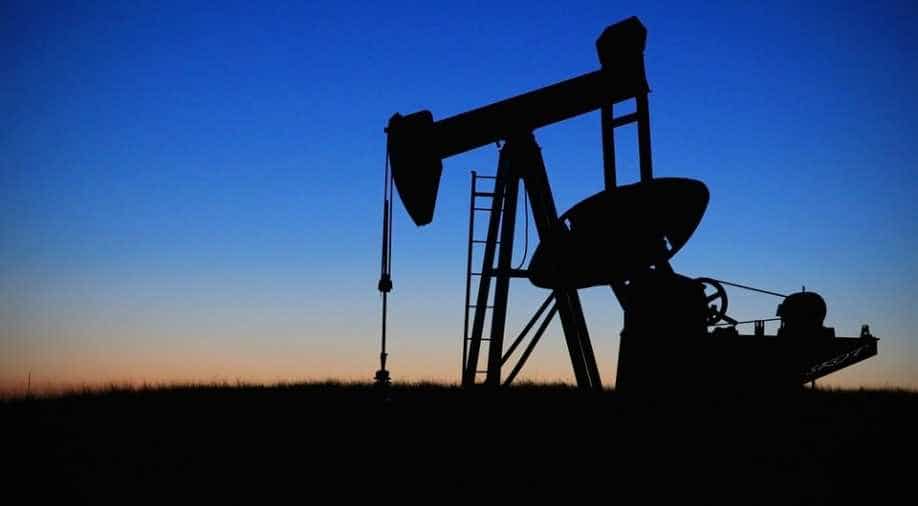 Oil fell on Tuesday amid worries over the outlook for demand after the latest signs that international trade disputes have been dragging on the global economy, although tensions in the Middle East offered some support to prices.

Oil prices are being pressured by ongoing worries about demand as the US-China trade war, heading into its second year, dampens prospects for global economic growth.

Japan's core machinery orders fell by the most in eight months, data showed on Monday, in a sign the global trade tensions are taking a toll on corporate investment.

Japanese government figures on Tuesday also showed that real wages in the country fell for a fifth straight month.

"The prolonged trade war ... does not seem to be nearing a resolution, and it will keep being a negative factor for crude prices as it impacts global growth forecasts," said Alfonso Esparza, senior market analyst at OANDA in Toronto.

Meanwhile, Goldman Sachs said growth in US shale production was likely to outpace that of global demand at least through 2020, limiting gains in oil prices despite output curbs led by the Organization of the Petroleum Exporting Countries.

Prices are still susceptible to shocks from the lingering tensions in the Middle East, analyst and traders said.

Iran on Monday threatened to restart deactivated centrifuges and step up its enrichment of uranium to 20% in a move that further threatens the 2015 nuclear agreement that Washington abandoned last year.

Washington has imposed sanctions that eliminate benefits Iran was meant to receive in return for agreeing to curbs on its nuclear programme under the 2015 deal with world powers.

The confrontation has brought the United States and Iran close to conflict, with US President Donald Trump calling off air strikes last month minutes before impact.