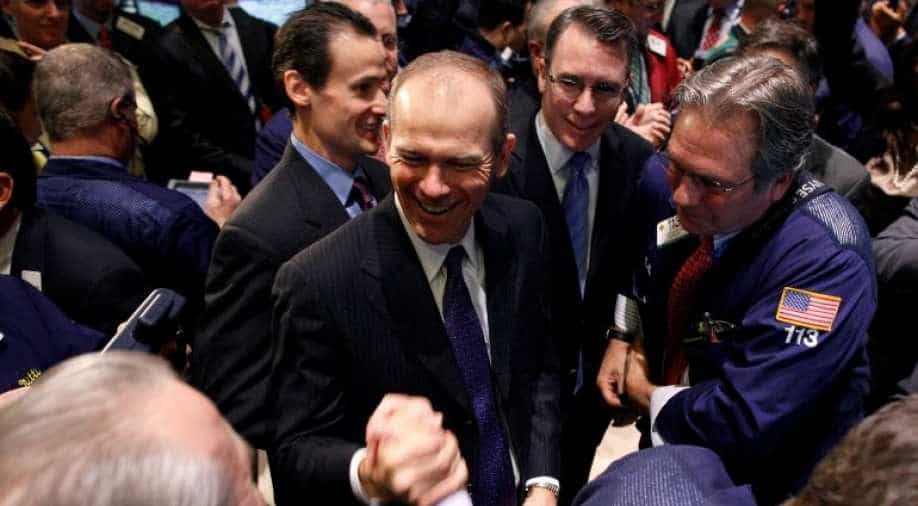 Calhoun, who has co-written a book on business, "How Companies Win," says being candid is part of being a leader, an approach which many critics say was absent from Boeing’s initially guarded approach to concerns about the 737 MAX

Beleaguered Boeing Co is putting its future in an industry veteran who has led several companies in crisis, began his career at engine maker General Electric Co and has already spent a decade on the board of the world's largest planemaker.

Newly named Chief Executive David Calhoun, 62, was made Boeing's chairman two months ago, in the midst of the crisis that has rocked the company since two fatal crashes led to the grounding of its 737 MAX. It was not his first experience of navigating corporate upheaval.

Calhoun became chairman of the Caterpillar Inc board shortly after federal agents raided its headquarters in March 2017, headed a General Electric division that included airplane engines after the September 11 attacks, and led media research company Nielsen's effort to go public. He has also been a longtime executive at Blackstone private equity group.

“Having seen him run GE's aviation business after 9/11, I know he can execute under pressure,” former GE Chief Executive Jeff Immelt told Reuters by email when asked about Calhoun, adding that Calhoun would restore customer trust in Boeing.

Calhoun, who has co-written a book on business, "How Companies Win," says being candid is part of being a leader, an approach which many critics say was absent from Boeing’s initially guarded approach to concerns about the 737 MAX.

“The second you get into the office till the second you leave, every interaction is judged,” he said in a video published in 2014 by the Jack Welch Management Institute.

“You try to hide anything from everybody and I think your body language becomes perfectly apparent.”

Yet in his short time as Boeing chairman, Calhoun has shown his ability to work discreetly behind the scenes, as seen by his role in the departure of Kevin McAllister as chief executive of Boeing's placemaking arm in October. The removal was silent and swift, foreshadowing Muilenburg's ouster this past weekend.

Some insiders saw McAllister another GE veteran as a scapegoat for the MAX crisis. Others say he paid the price for distractions including widely publicized cracks in the company's older 737NG jets, which caught the board off guard. The 737 MAX was not impacted by the cracking issue.

The reckoning came at an informal board dinner in Texas led by Calhoun in late October. As directors wound up a two-day summit a day later, Calhoun and Muilenburg took McAllister aside and told him he was out, two people briefed on the meeting said.

In a sign that the board was already claiming a new voice under recently appointed chairman Calhoun, having split the CEO and chairman roles, the decisive dinner conversation that led to the shake-up took place without Muilenburg, the people said.

McAllister and Muilenburg could not be reached.

Now, Calhoun must repair frayed relations with regulators, continue to manage a cash squeeze from the crisis and bring to market the new 777X jet at a time of tough regulatory scrutiny.

His experience on the Boeing board will allow Calhoun to "take the reins in short order without the need for a longer period of familiarization," said Timm Schulze-Melander, industrials specialist at European research house Redburn.

He also will have to face skeptics that Boeing can change, including Paul Njoroge, a Toronto-based investment professional, who lost his family in an Ethiopia Airlines crash on March 10.

"Boeing needs a revamp of its corporate governance. The board should be fired,” he said, adding of Calhoun, “I don't think he is going to change the culture of Boeing."

Others are less sure.

He is a "hard-nosed" leader who does not warm to dissent but who can inspire, said an executive who worked for him at Nielsen.

“(Boeing) might need someone as tough as Dave. I don't think he would be a good manager over a long period of time. As a crisis manager, he might be able to get it done,” the person said.

Another executive who has encountered him called him even-handed and smart. "Boeing will come back quickly," he predicted.