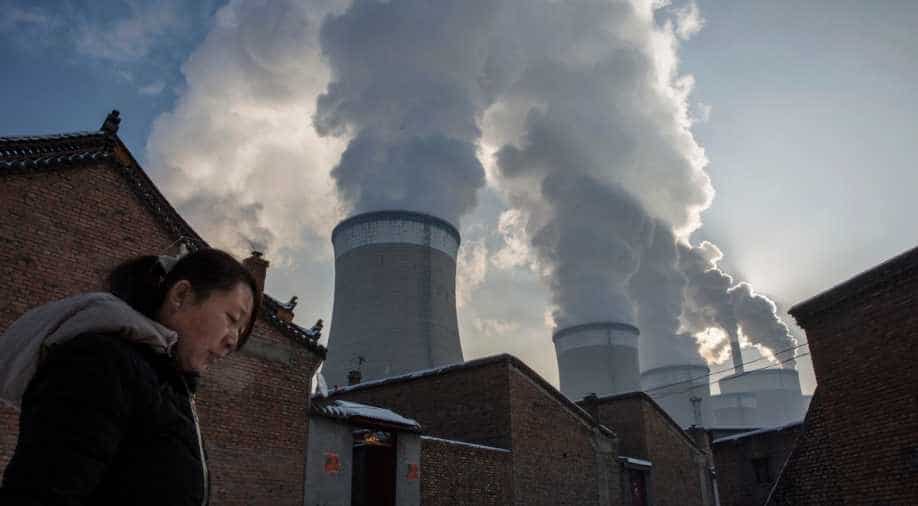 A PMI -- purchasing managers' index -- reading above 50 indicates expansion, one below 50 points to contraction. Photograph:( Getty )

The official purchasing managers' index (PMI) came in at 50 in June, down from May's 50.1, according to statistics from the National Bureau of Statistics (NBS) and the China Federation of Logistics and Purchasing.

The PMI is an indicator of the economic health of the manufacturing sector. The PMI is based on five major indicators: new orders, inventory levels, production, supplier deliveries and the employment environment. The purpose of the PMI is to provide information about current business conditions to company decision makers, analysts and purchasing managers.

A reading above 50 indicates expansion, while one below 50 points to contraction.

High-technology manufacturing and equipment manufacturing are among the industries which expanded, with PMI readings hitting 51.3 and 51.1 respectively, both up 0.5 from the previous month.

On the other hand, growth shrank in some traditional and energy-consuming industries plagued by overcapacity. The PMI reading for the steel industry, for example, plunged 5.8 to 45.1.

"The slide in the PMI figure for black metal smelting and steel rolling, or the steel industry in general, is more significant when compared with high energy-consuming industries and the manufacturing sector as a whole," said Zhao Qinghe, a senior statistician with the NBS.

China's manufacturing PMI readings have stayed above 50 since February this year amid easing downward pressure, but the momentum has been less than strong due in part to global economic uncertainties, according to analysts.

The British vote to exit the European Union last week, in particular, is likely to put additional pressure on global growth and China's foreign trade, said Cai Jin, vice president at the China Federation of Logistics and Purchasing.

"I think the impact of those uncertainties will continue to deepen. The growing number of uncertainty factors that have emerged this year will no doubt weigh on China's economy," he explained.

"But on the whole, the Chinese economy is undergoing a transition from heavy reliance on foreign demand to relying on domestic demand, so the impact of the uncertainty factors will be limited. I think the economy will grow within a reasonable and appropriate range of between 6.5 per cent and 7 per cent in the second quarter," Cai added.

China's gross domestic product grew by 6.7 per cent year on year in the first quarter of 2016.