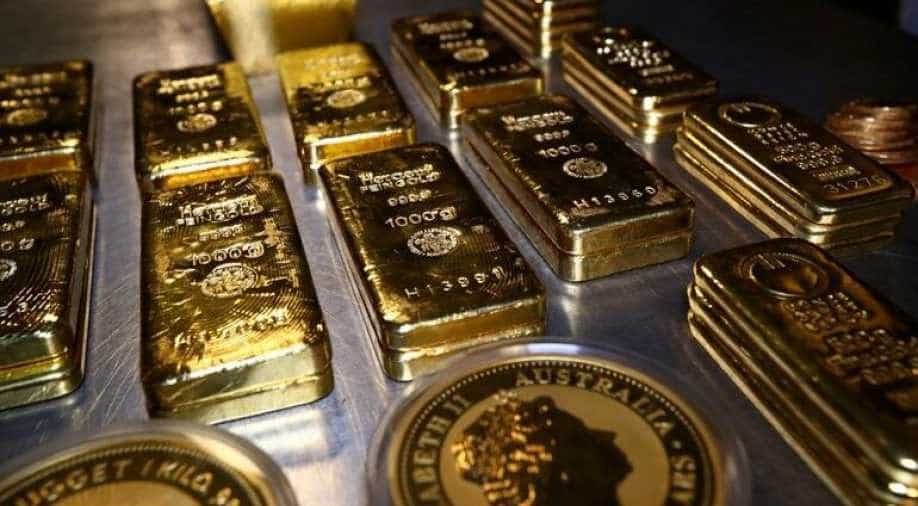 "Gold is in sort of a holding pattern and one of the key reasons behind this is that the macro picture has been positive on the trade deal and it has obviously capped gold prices," said ING analyst Warren Patterson.

"But the main issue is they are not saying anything significant on the back of this deal and details around the trade deal are still lacking, there's that element of uncertainty."

US Trade Representative Robert Lighthizer on Tuesday said details of Chinese purchases across various sectors in the United States in the "phase one" deal would be detailed in writing, but gave no further details about when the written agreement would be released.

Bullion's upside remained capped by positive US economic data that underpinned the dollar and stock markets.

The dollar index hovered near a one-week high against a basket of rival currencies, while Asian shares camped out at 18-month peaks having climbed for five straight sessions.

US manufacturing production recovered in November and housing numbers rose beyond expectations with permits for future home construction soaring to a 12-1/2-year high on lower mortgage rates.

Meanwhile, two Federal Reserve policymakers on Tuesday upheld the central bank's stance on leaving interest rates steady and said the bar to cutting or raising them would be high.

"With the FOMC continually reminding us that rates are on hold indefinitely, it adds an element of support for gold but will not necessarily catapult prices higher. For that, we need a dovish Fed impulse," AxiTrader market strategist Stephen Innes said in a note.

"The market set their sights on the key target, once we did that, we definitely did see some profit-taking - that's the reason we saw that price inflection," ING's Patterson said.