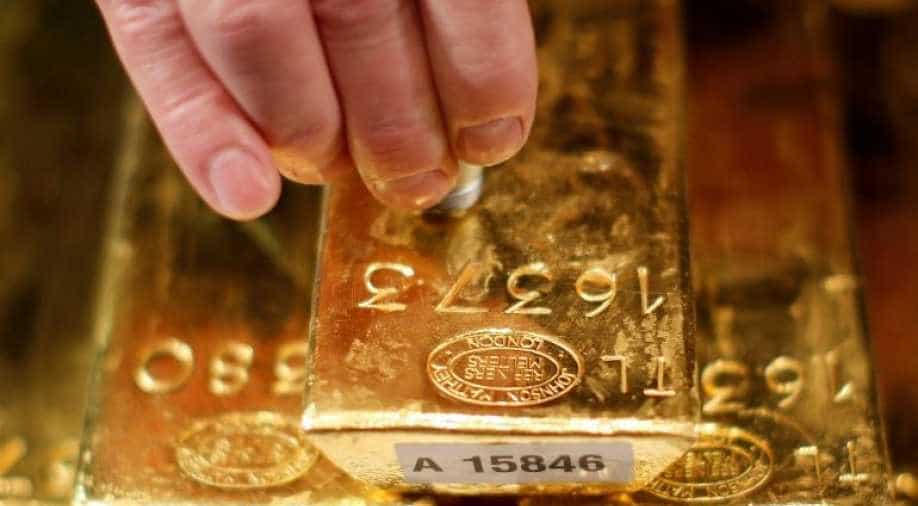 The United States on Tuesday imposed visa restrictions on Chinese officials for the detention or abuse of Muslim minorities.

Gold prices on Wednesday held on to the previous session's gains, as fading hopes for progress in US-China trade talks hit risk appetite, while markets also awaited clues on monetary easing by the US Federal Reserve.

"The market is holding back, and looking at what's going to happen in the US-China trade talks on Thursday... If the trade dispute turns worse, we are going to expect some strong risk-off trade," said Phillip Futures analyst Benjamin Lu.

"The players who were short, rolled back on their positions. We are also seeing some weakness on the equity side."

The United States on Tuesday imposed visa restrictions on Chinese officials for the detention or abuse of Muslim minorities, angering Beijing ahead of high-level trade talks on Thursday and Friday, and sending Asian stocks lower.

The dollar was a shade lower against a basket of major currencies.

US President Donald Trump has said tariffs on Chinese imports will rise on October 15 if no progress is made in the negotiations.

"With the latest QE-lite measures, we expect in flow of funds into gold-backed ETFs to continue, which is likely to push gold prices higher. We maintain that gold prices may test as high as $1,600/oz in this period of uncertainty," OCBC Bank said in a research note.

Signals are mixed for spot gold, as it failed to break a support at $1,488 per ounce, said Reuters market analyst, Wang Tao.

"The psychological $1,500 pivot looms as the first key support for gold, however expect to see interest extend as far as $1,485," MKS PAMP said in a note.