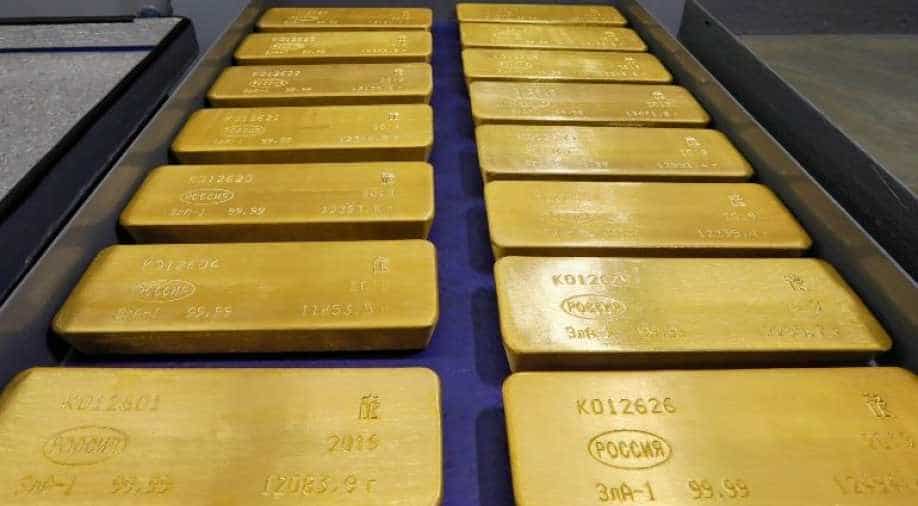 Gold prices were little changed on Monday as investors waited for more clarity on US-China trade negotiations and Brexit.

Gold prices were little changed on Monday as investors waited for more clarity on US-China trade negotiations, and Brexit after British parliamentarians delayed a crucial vote on the divorce deal.

"The markets are quite long, and people are worried about the trade war. Investors are waiting for pullbacks in gold to step in again," AxiTrader market strategist Stephen Innes said.

"What has been supportive for gold are recessionary fears, and provided that remains in the headlines, it is a significant reason to stay long gold. Right now, there is no major catalyst to drive it any direction."

The long-standing Sino-US trade war has taken a toll on economies around the world with Japan's exports down for a 10th straight month, South Korean exports plunging 19.5 per cent in October, and Thai exports missing expectations.

In China, new home prices grew at a steady pace in September, a relief for policymakers who remain wary of high debt and bubble risk, and are refraining from stimulating the sector as the economy cools.

Providing little comfort to market sentiment, British Lawmakers on Saturday voted to withhold a decision on Prime Minister Boris Johnson's deal, a move that forced him to seek from the EU the third postponement of Britain's departure from the bloc.

The vote for an extension dealt a blow to optimism that a deal agreed last week would ensure Brexit happens with little economic disruption.

Spot gold looks neutral in a range of $1,479-$1,502 per ounce, and an escape could suggest a direction, Reuters technical analyst Wang Tao said.

"Sell rates for palladium reached the highest level since January. This suggests the recent rally has been driven by fundamentals, rather than speculative interest," ANZ Bank said in a note.

"And with the market likely to remain tight for the foreseeable future, we believe there is plenty more upside for (palladium) prices."