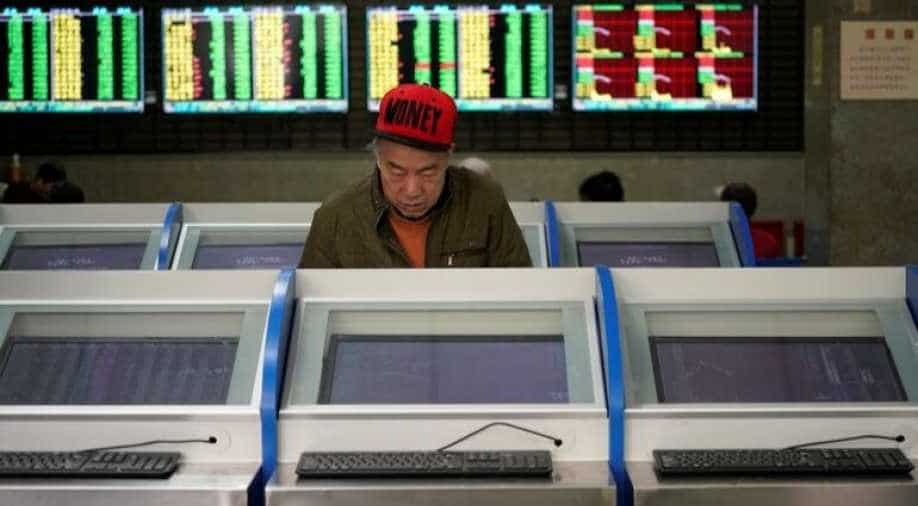 Asian shares and the Chinese yuan were off to a cautious start on Monday as investors.

Asian shares and the Chinese yuan were off to a cautious start on Monday as investors looked to how Chinese financial markets will react to the news the US administration is considering delisting Chinese companies from US stock exchanges.

MSCI's broadest index of Asia-Pacific shares outside Japan slipped 0.11 per cent while Japan's Nikkei shed 0.61 per cent. US stock futures gained 0.24 per cent in early trade, paring back almost a half of Friday's 0.53 per cent fall in the index.

The offshore Chinese yuan was little moved at 7.1339 yuan per dollar, off Friday's three-week low of 7.1520 to the dollar.

Chinese share markets will trade only on Monday this week ahead of China's National Day holiday, which runs until October 7.

Risk assets took a hit in US trade on Friday following the news that the Trump administration is considering radical new financial pressure tactics on Beijing, including the possibility of delisting Chinese companies from US stock exchanges.

The report knocked Chinese shares listed on US exchanges, with Alibaba Group Holding falling 5.15 per cent and JD.com 5.95 per cent on Friday.

"While China runs a current account surplus and is a net creditor nation, Chinese companies are net debtors and rely on foreign capital," Koji Fukaya, president of Office Fukaya Consulting.

"Washington seems to be trying to limit Chinese companies' activities by putting pressure on their funding," he said.

Still, with trade talks between the United States and China expected to be held October 10-11, many market players are sticking to hopes such drastic measures on capital markets could be avoided.

"At this point, markets will have to wait and see. Of course we need to be guarded against more crazy headlines, but this week could be a bit calmer given holidays in China. Economic data will likely be the main driver for markets," said Kyosuke Suzuki, director of forex at Societe Generale.

Surveys on Chinese companies are due on Monday while in the United States, key business sentiment data and an employment report will be closely scrutinised on clues on how the economy is faring in the face of the ongoing tussle with China.

US data on Friday showed consumer spending barely rose in August and business investment remained weak, suggesting the American economy was losing momentum as the trade dispute drags on.

Investors are also keeping a wary eye on US politics.

US House Speaker Nancy Pelosi said that public opinion is now on the side of an impeachment inquiry against Trump following the release of new information about his conversations with Ukrainian President Volodymyr Zelenskiy.

The euro hovered at $1.0945, having sunk to a 28-month low of $1.0904 on Friday as concerns about tepid growth in Europe weighed on the common currency.

Boris Johnson said on Sunday he would not quit as Britain's prime minister even if he fails to secure a deal to leave the European Union, insisting only his Conservative government can deliver Brexit on October 31.

Saudi Arabia's crown prince warned in an interview with CBS program "60 Minutes." aired on Sunday that crude prices could spike to "unimaginably high numbers" if the world does not come together to deter Iran.

But crown prince Mohammed bin Salman said he would prefer a political solution to a military one, adding the September 14 attacks on the kingdom's oil facilities were an act of war by Iran.