GDP growth expected to be between 6.5 per cent and 7 per cent in current fiscal: Debroy 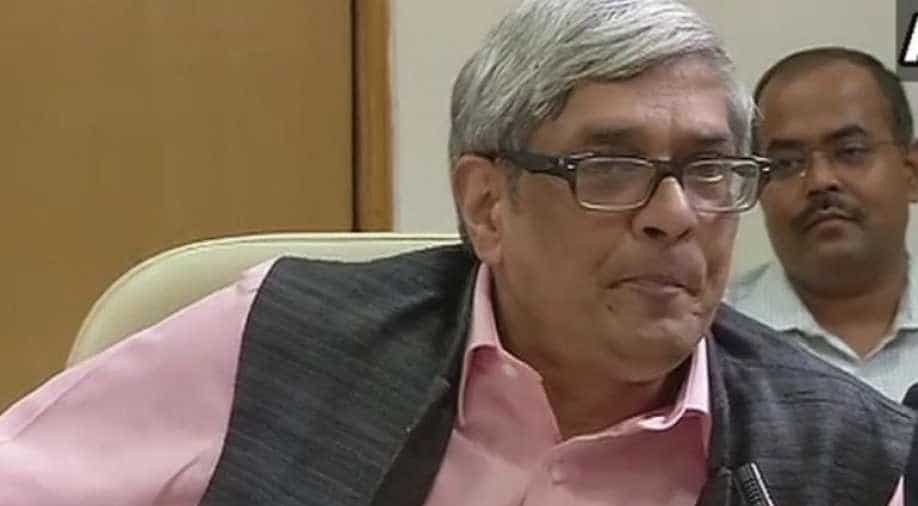 Reacting to the growth rate of 5 per cent in April to June quarter, he said a lot of "unnecessary negativism" was being generated about the economy.

Chairman of the Economic Advisory Council to the Prime Minister (EAC-PM), Bibek Debroy said on Friday that the country's real GDP growth is expected to be between 6.5 and 7.0 in 2019-20 and several reform measures introduced by the government were meant to boost growth.

Reacting to the growth rate of 5 per cent in April to June quarter, he said a lot of "unnecessary negativism" was being generated about the economy.

According to an official release, he said macro fundamentals of the economy were sound and these measures will begin to show results in a couple of quarters.

"It is true that there are global uncertainties and net exports cannot, right now, be a major growth driver for India. Despite this, in 2019-20, real GDP growth is expected to be between 6.5 and 7.0 per cent. This range isn't one projected only by government institutions and those who work for the government. Those external to the government have also projected similar ranges of growth. When many countries in the world are struggling to find positive growth, 6.5 to 7 per cent is not to be lightly dismissed," he said.

Debroy said real rates of growth need to be more to make a dent on poverty and increase job growth.

"When economists list out structural constraints, they often mention factor markets, which are in the state list or the Concurrent List. Alternatively, they concern the legislature or the judiciary. Therefore, because these reforms are complicated areas, reforms will happen incrementally, not overnight," he said.

Referring to reforms in the financial sector and taxation procedures, he said indirect tax reform will occur through GST Council and the Task Force on Direct Taxes has already submitted its recommendations.

He said the government has announced its intention to privatise central public sector enterprises, adhere to fiscal consolidation and review central schemes on public expenditure.

Debroy said those seeking to spread a message of gloom and doom were doing a great disservice and EAC-PM does not endorse such views.
He said while constructive criticism and suggestions are welcome, a message of despair and hand-wringing is best avoided.