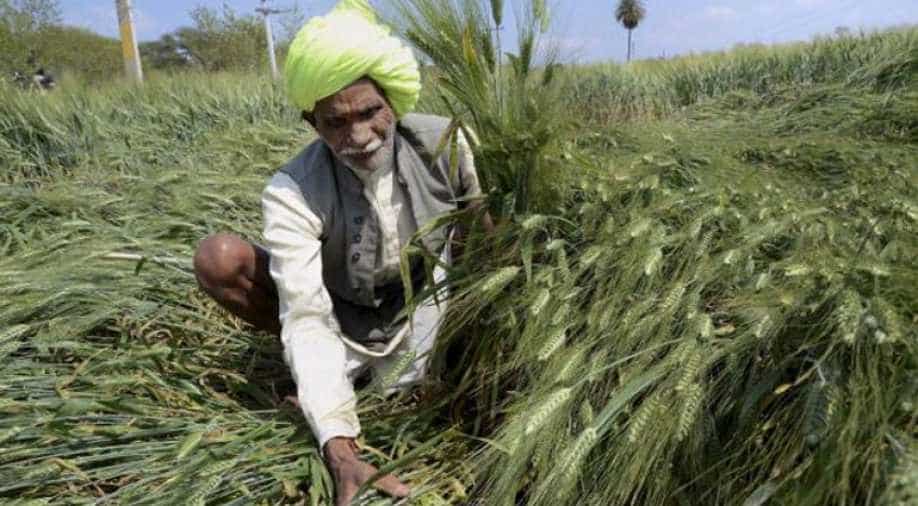 Farmers, especially the small and marginal ones, have much to cheer about, in Finance Minister Arun Jaitley's Union Budget. The government seems to have taken note of the signs of distress in the rural economy and the budget has a slew of measures to address some pressing concerns.

As Arun Jaitley rose for his budget speech to thumping desks from the treasury benches in the Lok Sabha, he espoused the key achievements of his government but soon hit his straps as he rolled out the benefits for the rural and agriculture sectors.

Reiterating the government’s commitment to farmers, the finance minister said minimum support prices for Kharif crops will be one and a half times of the cost of production: “If prices are lower than MSP then the government has to ensure there are ways to make sure the farmers receive necessary MSP or an apt price for their products.  It is not important to increase the minimum support prices on crops, the farmers should get the benefits of that MSP.”

The prime minster has repeatedly stressed on his government’s focus on doubling farmers’ incomes by 2020, and the finance minister announced measures that will help achieve that target. The government will spend 14,34,000 crore rupees (14.34 trillion) in 2018-19 on creating rural infrastructure.

Here are some of the key measures announced:

•    The government plans to set up an agricultural market fund with corpus of  Rs 2,000 crore
•    Allocation in food processing sector is being doubled from 750 crore last year to 1400 crore in 2018-19.
•    Government proposes to launch Operation Green for which a sum of Rs 500 crore will be allocated.
•    State of art facility will be set up in 42 food parks for agri exports
•    Extending kisan credit card to fisheries and animal husbandry farmers and allocate Rs 10,000 crore for fisheries & aquaculture, animal husbandry funds.

The Finance Minister also said: “Ground water irrigation scheme under Krishi Sinchayi Yojana will be taken up in regions where less than 30% land gets assured irrigation currently. Our focus will be get more and more land under irrigation facilities.”

The measures announce indicate that the government has clearly aimed at putting a smile on farmers’ faces while aiming for faster growth.