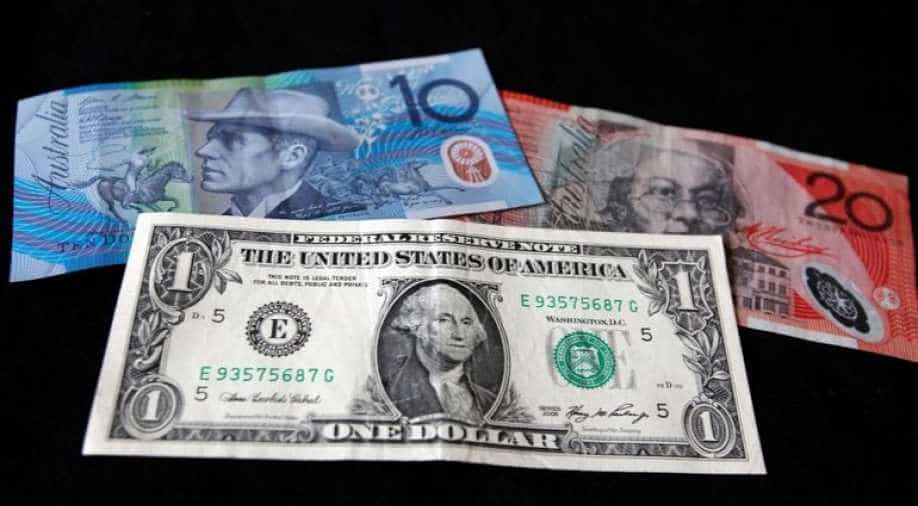 Currencies linked with greater investor risk appetite jumped after Bloomberg reported China remained open to signing a partial trade deal with the United States despite being put on the tech blacklist.

Currencies linked with greater investor risk appetite, such as the Australian dollar, jumped on Wednesday after Bloomberg reported China remained open to signing a partial trade deal with the United States despite being put on the tech blacklist.

The US government has widened its trade blacklist to include some of China's top artificial intelligence start-ups, punishing Beijing for its treatment of mostly Muslim minorities and ratcheting up tensions ahead of high-level trade talks in Washington this week.

"Risk is looking reasonably better, but anyone who is trading the trade war knows that the impact of good news will be fading," said Jeremy Stretch, head of G10 FX strategy at CIBC Capital Markets.

"I think it pays off to be sceptical in terms of expectations of something exceptional happening during the US-China trade talks this week," Stretch said.

The biggest move in the foreign exchange market, however, was an early morning plunge in the Swedish crown, both against the euro and the dollar, on concerns the US-China conflict over trade and foreign policy was nowhere near a resolution and was increasingly damaging the global economy.

Sweden's open economy makes the crown vulnerable to global growth dynamics and therefore to the trade dispute between the world's two biggest economies, which has hurt growth in the two years since US President Donald Trump ignited the trade war.

Gallo expects the crown to fall to 11 against the common currency, close to levels not seen since the financial crisis. Sweden's competitiveness as an exporter led to the crown's decline, he said.

The euro was a sell against the dollar, though, since it was likely to maintain its status as a safe-haven currency and US investors were likely to keep their dollars at home, he added.

Chinese Vice Premier Liu He is due to arrive this week in Washington for trade talks. He is expected to meet US Trade Representative Robert Lighthizer and Treasury Secretary Steven Mnuchin on Thursday.