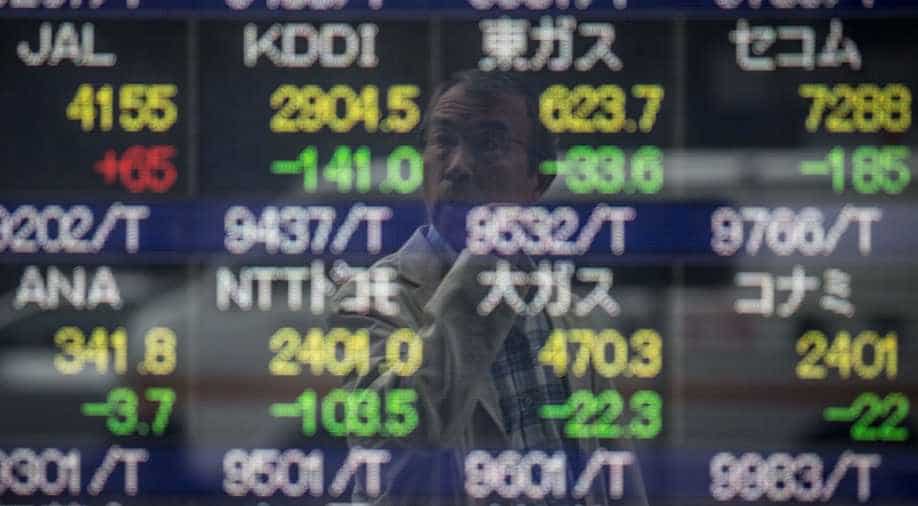 The bloodletting is the latest to hit global equities, which have been pummelled this year by a wave of problems led by the China-US trade war and rising Federal Reserve interest rates.

Asian markets went into freefall Thursday, tracking a plunge on Wall Street, with trading floors awash with negativity on geopolitical concerns and following weak US economic and earnings data.

The bloodletting is the latest to hit global equities, which have been pummelled this year by a wave of problems led by the China-US trade war and rising Federal Reserve interest rates.

On top of those in recent weeks has been a brewing nuclear standoff between the US and Russia, the killing of a Saudi journalist, Brexit and Italy's budget row with the European Union.

US stocks have broadly managed to avoid the hefty selling witnessed elsewhere -- even clocking up a few record highs -- thanks to a strong economy and mostly positive corporate results.

However, New York has finally succumbed as investors contemplate an end to the decade of cheap credit and the imposition of steep tariffs by the US and China in their ever-deepening trade row, to which there is no end in sight.

Wednesday say the Dow and the S&P 500 wipe out their gains for the year, while the Nasdaq dived more than four per cent as the under-pressure tech sector took another beating.

The selling came after data showed US home sales were at their slowest pace for nearly two years, while the Fed said firms nationwide are worried about the tariffs as well as labour shortages.

And those losses filtered through to Asia, where Tokyo was scythed 2.2 per cent, Shanghai dived almost three per cent and Sydney sank 2.1 per cent, also losing its gains for the year.

Hong Kong lost more than two per cent, with airline Cathay Pacific collapsing 6.5 per cent after it admitted to suffering a major data leak affecting up to 9.4 million passengers.

Seoul shed 2.8 per cent as data showed the South Korean economy expanded at a slower pace than expected in the third quarter.

Wellington lost 1.2 per cent, Manila fell 2.4 per cent and Taipei retreated 2.5 per cent.

"With the S&P and Nasdaq having been drawn into the global equity maelstrom, the US bellwethers are no longer the invincible titans that have held up global market sentiment for what seems like an eternity," said Stephen Innes, head of Asia-Pacific trade at OANDA.

"With China-US trade hopes fading as both sides appear to be digging in for the long haul things could get blustery in a hurry. Indeed the sharks are circling."

China will increase imports from US according to 'market principles': official