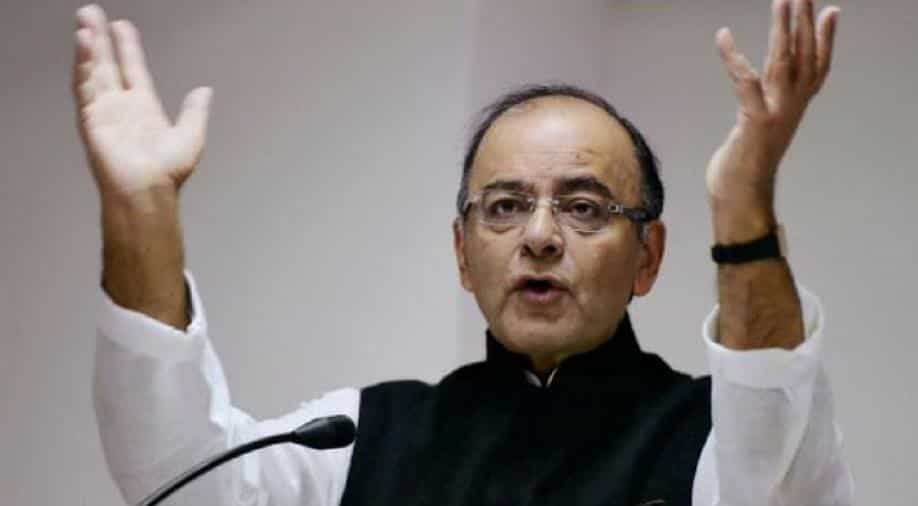 He said public sector banks have recovered Rs 36,551 crore of bad loans or NPAs during April-June quarter of the current financial year.

He said public sector banks have recovered Rs 36,551 crore of bad loans or NPAs during April-June quarter of the current financial year as compared to Rs 74,562 crore recoveries made in the full 2017-18 fiscal.

Commenting on reports that the country's 21 state-owned banks wrote-off Rs 3.16 lakh crore of loans in four years of the BJP government and made recoveries of Rs 44,900 crore of written off loans, Jaitley in a Facebook blog said "technical write-offs" are resorted to by banks as per the Reserve Bank of India (RBI) guidelines.

"This, however, does not lead to any loan waiver. Recovery of loans continues rigorously by banks," he said. "In fact, the defaulting management of most insolvent companies have been removed under the Insolvency and Bankruptcy Code (IBC)."

"Modi's India - For Common Man: Notebandi-line up and put your money in banks. All your details into Aadhar. You can't use your own money. For Crony capitalists: Notebandi-convert all your black money to white. Let's write off 3.16 lakh crore using common man's money," Gandhi said in a tweet.