Kabul on lockdown as assembly discusses peace with the Taliban 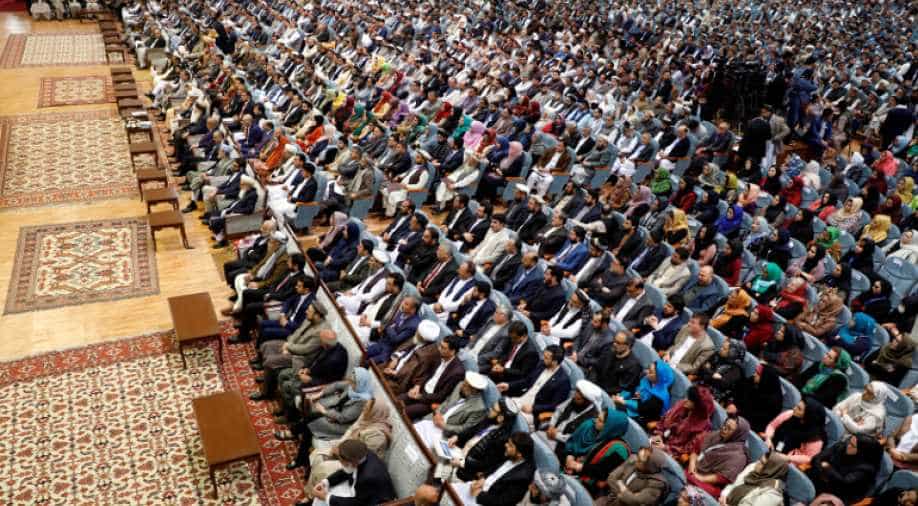 Afghanistan's usually bustling capital Kabul slowed to a crawl Tuesday amid massive security for a high-stakes peace summit that has previously been a target for insurgent attacks.

Afghanistan's usually bustling capital Kabul slowed to a crawl Tuesday amid massive security for a high-stakes peace summit that has previously been a target for insurgent attacks.

Police flooded the city and authorities blocked off key roads around the venue of the so-called "loya jirga" -- where some 3,000 tribal elders, religious figures, and politicians from across Afghanistan are gathering over four days to discuss possible conditions for a peace deal with the Taliban.

Taliban suicide bombers armed with rockets and guns attacked a 2010 peace jirga at the same venue, and in 2011, two rockets were fired into Kabul during a two-day jirga.

Despite such past attacks, Kabul residents are infuriated with the scale of the lockdown, which has already been blamed for at least one death and has paralysed businesses in what would ordinarily be a busy week before Ramadan begins.

Local media reported that a newborn baby died when the father, who was trying to take the infant to a hospital, was blocked by security forces.

Adding to the slowdown, authorities have declared a week-long public holiday in Kabul.

"Yesterday, I could only take two passengers from one part of the city to the other. It took me three hours to complete a 15-minute ride," Nasrullah, a taxi driver who gave only his first name, told AFP.

"It is good to provide security for the participants, but that should not cost people's businesses," Mohammad said.

Siam Pasarly, an economics expert, estimated the holidays were costing the business community $1 million a day.

"Afghanistan is a developing country and its economic engine should be running all day," he said. "A week-long shutdown is like a poison to the economy."

The loya jirga -- literally "grand assembly" in Pashto -- is being held as the US and Taliban are discussing a possible foreign troop withdrawal from Afghanistan in exchange for a permanent ceasefire and various Taliban pledges.

The jirga is seen as an attempt by the Afghan government to influence the peace talks which so far have cut out President Ashraf Ghani, whom the Taliban view as a US stooge.

But some prominent Afghans, presidential hopefuls, and government officials including the country's Chief Executive Abdullah Abdullah have boycotted the assembly.

Ahmad Khan, another taxi driver, bemoaned the meeting as a "waste of time".

"Holding this jirga is an economic blow for poor labour like us, who come out in the morning for a morsel of food, and how can we provide food for our families in the next few days," he told AFP.

"Such jirgas have been held in the past with no positive results, and the government have failed to convince the Taliban to join the talks."