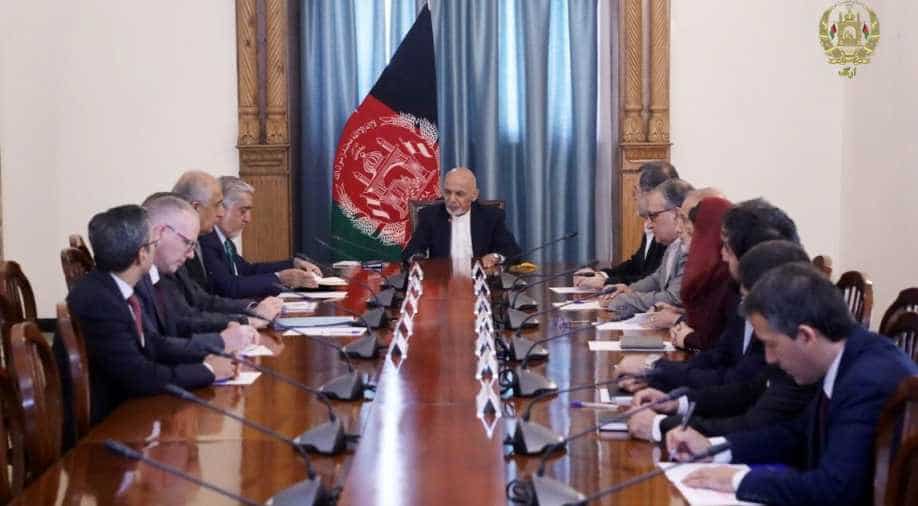 US special envoy Zalmay Khalilzad was in Kabul this week when he shared with Afghan officials an agreement "in principle" Washington has forged with the Taliban that would lead to a pull-out of American troops.

The Afghan government expressed doubts Wednesday about a prospective deal between the US and the Taliban, saying officials need more information about the risks it poses.

US special envoy Zalmay Khalilzad was in Kabul this week when he shared with Afghan officials an agreement "in principle" Washington has forged with the Taliban that would lead to a pull-out of American troops.

The prospect of a US-Taliban deal has engendered high anxiety among many Afghans, who feel sidelined from the process, worry the hardline Islamists will return to power, and see a beaten America selling out their interests in a bid to escape Afghanistan after 18 years of gruelling war.

Sediq Sediqqi, Afghan President Ashraf Ghani's spokesman, said that while the Kabul administration supports any progress in an eventual peace process, it wants to prevent any negative consequences.

Kabul is "concerned, therefore we seek clarification about this document so that we can carefully analyse the risks and potential negative consequences, and prevent any danger it may cause," Sediqqi said on Twitter.

The statement is Kabul's first such reaction to the prospective deal, which Khalilzad presented on Monday.

Ghani and his government have until now been largely sidelined in negotiations between the US and the Taliban, who see Ghani as illegitimate and have insisted on dealing first with the Americans.

Kabul's concerns build on a position expressed Tuesday by former US ambassadors to Afghanistan, who warned in a joint statement against a major troop withdrawal without a comprehensive peace accord.

"A major withdrawal of US forces should follow, not come in advance, of (a) real peace agreement," the former envoys wrote.

According to parts of the deal made public so far, the Pentagon would pull thousands of its 13,000 or so troops from five bases across Afghanistan by early next year, provided the Taliban hew to their security pledges.

The insurgents have said they will renounce Al-Qaeda, fight the Islamic State group and stop jihadists using Afghanistan as a safe haven.

Ultimately, though, Kabul has no say in whether the US and the Taliban make a deal, and can only hope the insurgents honour a pledge to sit down with the Afghan government to build a separate accord.