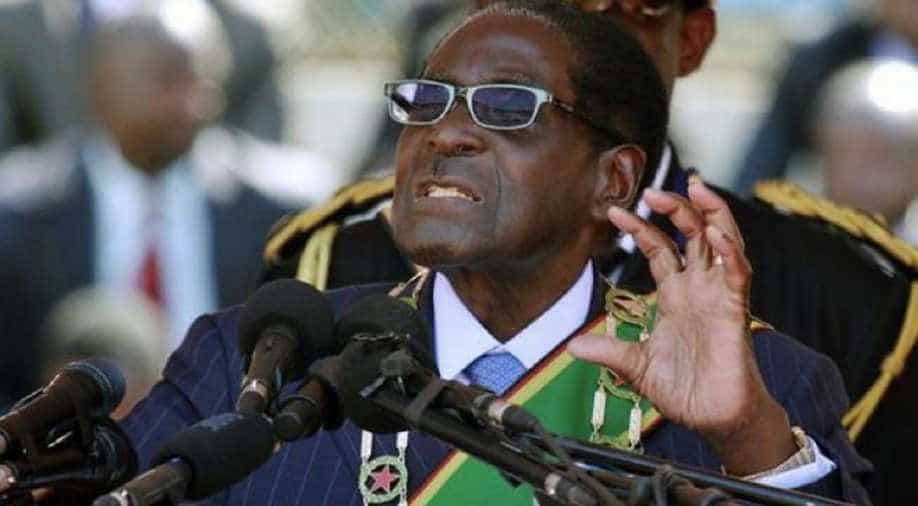 The 93-year-old, who quit last month under popular pressure following a military takeover, is the first beneficiary of the generous measures unveiled. Photograph:( Zee News Network )

Zimbabwe announced on Wednesday it would choose a new president and parliament on July 30, in the country's first electoral test since the removal of its autocratic former leader Robert Mugabe.

"Monday, the 30th day of July, 2018 (is) the day of the election to the office of President, the election of members of the National Assembly and election of councillors," Mnangagwa said in a proclamation.

Once a right-hand man to the 94-year-old Mugabe, Mnangagwa dramatically succeeded the veteran leader in November after nearly four-decades in charge when troops swarmed the streets and briefly seized key sites.

Mnangagwa, 75, will square off against the main opposition Movement for Democratic Change (MDC) party, now led by 40-year-old Nelson Chamisa following the death of Morgan Tsvangirai in February.

If no candidate receives a simple majority in the first round of the presidential election, a run-off will be held on September 8.

Elections under Mugabe were marred by corruption, intimidation and violence, but Mnangagwa has vowed to hold a free and fair vote.

The election will be the first to be monitored by Western observers in many years.

On Monday Harare and the European Union announced that observers from the bloc would monitor polls in the southern African country for the first time in 16 years.

The head of the last EU observer mission, Pierre Schori, was thrown out of Zimbabwe in 2002 on the eve of presidential elections that were condemned as flawed.

Following the high-profile spat, Zimbabwe barred the EU and other Western observers from sending further missions to monitor polls in the country as Mugabe grew more and more defiant of foreign criticism up until his downfall.

And in a further sign of Zimbabwe's growing efforts to mend fences with former foes following Mugabe's resignation, the country has applied to re-join the Commonwealth, the bloc of former British colonies said Monday.

Harare's membership was suspended in 2003 over the violent and graft-ridden elections the previous year.

Zimbabwe left the Commonwealth at the height of violent land seizures, when white farmers were evicted in favour of landless black people -- a policy that wrecked agriculture and triggered economic collapse.

Commonwealth Secretary-General Patricia Scotland confirmed that the organisation would also send observers to the elections.

Mugabe sent shockwaves through the ruling ZANU-PF, the party he dominated for decades, when he recently posed with a retired general who will take on the government in this year's election.

Despite a slew of reformist pledges and announcements it is unclear whether Mnangagwa, who was a vital cog in the ZANU-PF party and helped Mugabe to hold onto power for 37 years, has won the support of ordinary Zimbabweans.