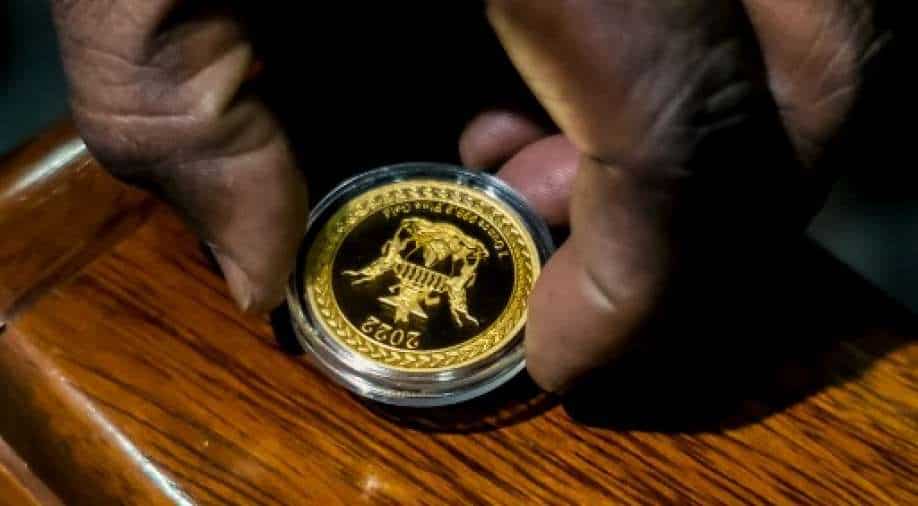 These coins will be sold to the public in order to boost the local currency that has been affected seriously by the inflation, according to the statement issued by the Reserve Bank of Zimbabwe.

Zimbabwe has been facing crippling levels of inflation in the past decade and over the years, they have tried a number of ways to get the situation in control. On Monday, the nation came up with their latest attempt as gold coins were launched in a bid to stabilise the economy. These coins will be sold to the public in order to boost the local currency that has been affected seriously by the inflation, according to the statement issued by the Reserve Bank of Zimbabwe. It has become common practice for people in Zimbabwe to acquire US Dollars from the black market as their currency struggle, but this move can finally put a roadblock in the illegal trade in the country.

The Reserve Bank has produced 2000 coins to begin with and they were given to the commercial banks. People will be able to buy it from the authorised banks and with a number of sellers not receiving the official currency anymore, the coins can become the new modes of transaction.

The Reserve Bank of Zimbabwe - John Mangudya – told Associated Press that the coins were minted outside the country but they are planning to eventually create them in the country.

“The government is trying to moderate the very high demand for the US dollar because this high demand is not being matched by supply,” said Zimbabwean economist Prosper Chitambara.

“The expectation is that ... there will also be moderation in terms of the depreciation of the local currency, which should have some kind of stabilising effect in terms of pricing of goods."