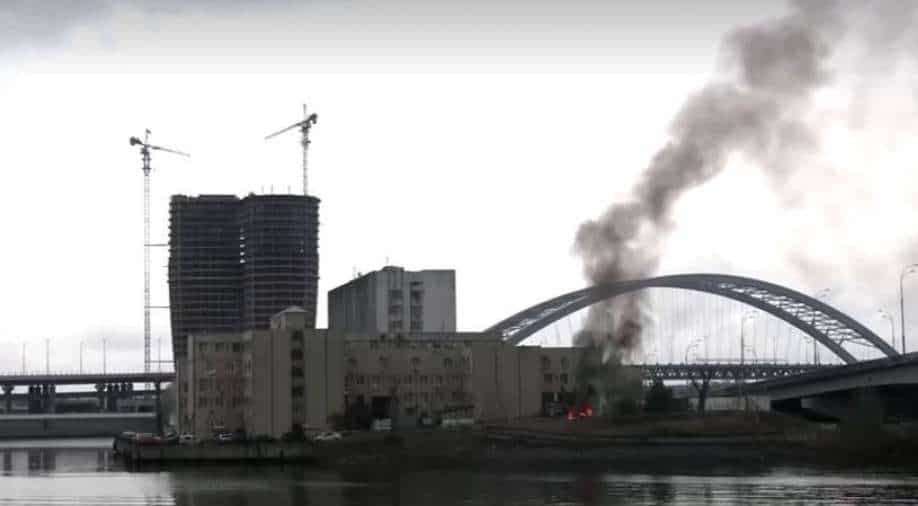 Reports claimed there were at least two blasts heard in Kyiv on Friday morning as Ukraine claimed it has shot down a Russian plane in the capital.

The Ukraine president had imposed curfew in Kyiv and declared martial law as Russian forces began shelling Ukraine. Reports claimed fighting is underway on the outskirts of the capital as people took to underground shelters.

Reports claimed loud explosions could be heard in central Kyiv early on Friday morning as Ukrainian forces claimed they shot down a Russian aircraft over Kyiv as it crashed into a multi-storey building in the capital and set it on fire.

Anton Herashchenko who is an official in Ukraine's interior ministry said on Telegram that: "Attacks on Kyiv with cruise and ballistic missiles have just resumed. I heard two powerful explosions."

Reports claimed there were at least two blasts heard in Kyiv on Friday morning.

There were also reports of air defence firing in Kyiv early on Friday. On Thursday, air raid sirens could be heard as Russia launched pre-dawn attacks. At least 137 people were reported killed on the first day of the Russian attack amid bombing in strategic areas in Ukraine.

Russian President Putin had declared military operations against Ukraine on Thursday even as the UNSC meeting was underway as Russian strikes hit Ukrainian cities within minutes.