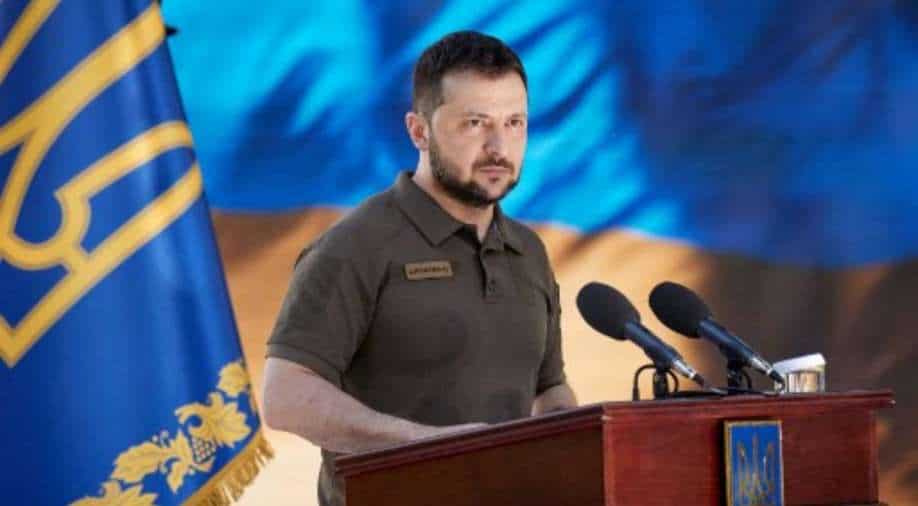 Ukrainian President Volodymyr Zelensky will address the G7 summit on Monday as his country reels from first Russian strike on Kyiv in weeks.

US President Joe Biden and his counterparts from the Group of Seven wealthy democracies, meeting in the Bavarian Alps, have stressed their unity in the face of Russia's aggression -- even as the global fallout worsens.

The Ukrainian president has renewed call for more weapons and air defence systems to the country currently under attack from Russia.

"We need a powerful air defence -- modern, fully effective. Which can ensure complete protection against these missiles. We talk about this every day with our partners. There are already some agreements. And partners need to move faster if they are really partners, not observers," he said in his daily address.

"Delays in the transfer of weapons to our state, any restrictions are actually an invitation for Russia to strike again and again."

This appeal has come after Russia struck a residential building in Kyiv. Ukraine said that the strike left one person dead and injured four others. The injured include a seven-year-old girl.

Biden condemned the strikes, the first on the Ukrainian capital in almost three weeks, as "barbarism".

German Chancellor and G7 host Olaf Scholz said the attack showed again "that it is right to stand together and support Ukrainians".

Russia denied it had hit a civilian target.

The G7 summit, is being held at the picturesque Elmau Castle, runs until Tuesday. It will be followed by a meeting of NATO countries in Spain, which Zelensky is also expected to dial into.