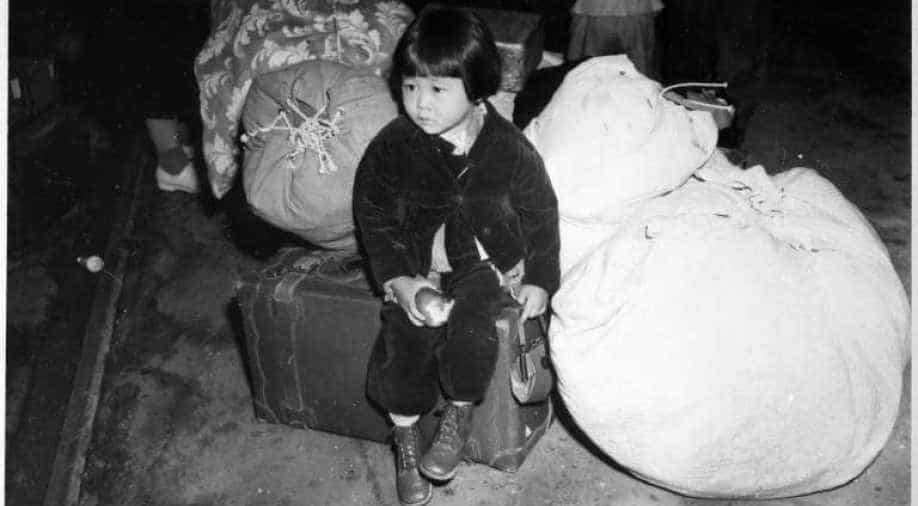 A 1942 photo of her sitting alone on a suitcase at a Los Angeles train station embodied the cruelty of the US policy of confining Japanese-Americans, who officials claimed were a war-time threat.

Yuki Okinaga Hayakawa Llewellyn, who came to symbolize one of America's darkest chapters, has died nearly eight decades after being shipped to a US internment camp during World War II.

A 1942 photo of her sitting alone on a suitcase at a Los Angeles train station embodied the cruelty of the US policy of confining Japanese-Americans, who officials claimed were a war-time threat.

More than 120,000 people like her were forced into camps throughout western states and Arkansas during the war, an act for which the US government later apologized and paid reparations.

She died at the age of 80 in March, but her death was largely overshadowed by the coronavirus pandemic until a family friend contacted the Los Angeles Times.

Yuki, looking lost and uncertain, was pictured as she and her mother, both US citizens, were en route to one of the barbed-wire ringed camps in California.

There was no due process for deciding who would be confined, just a presidential order after Japanese forces attacked the US military installation at Pearl Harbor in December 1942.

Yuki ended up in the notorious camp at Manzanar, a desolate site at the foot of the Sierra Nevada mountain range in California. She and her mother were among the first confined and last liberated from the site.

Her family settled far away in the Midwest American city of Cleveland. She later attended university, was married and had a son, according to her obituary in The News Gazette.