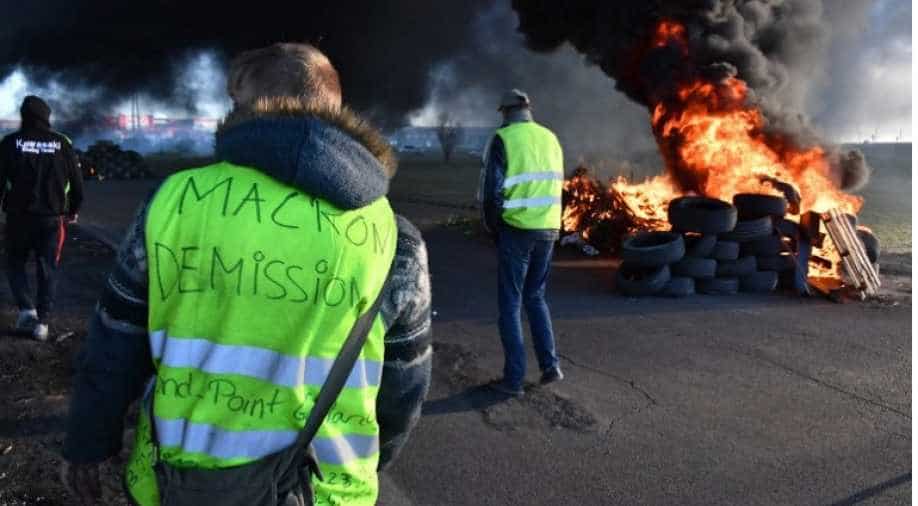 A man wearing a yellow vest with the inscription 'Macron resignation' stands in front of burning tyres at a road blockade as they protest. Photograph:( AFP )

So far five people have died and hundreds have been injured during the protests.

'Yellow vest' protester dies in France after being hit by truck on Thursday.

So far five people have died and hundreds have been injured during the protests.

On Monday, December 10, following talks with representatives from unions and management, parliamentary and regional leaders, Macron addresses the nation on television.

More than 21 million watch as a sombre-looking president accepts his "share of responsibility" for the crisis and outlines a series of financial measures, including a rise in the minimum wage and tax-free overtime pay.

On Tuesday morning, "yellow vest" protests are still reported up in several parts of the country, while opposition leaders take to the airwaves to criticise the measures as too little, too late.