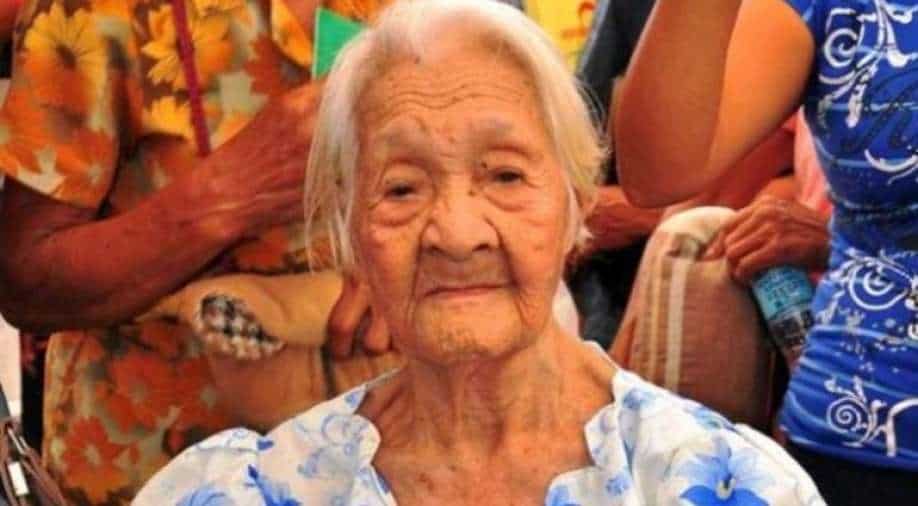 In this photo, world's oldest woman, Francisca Susano can be seen Photograph:( Agencies )

The world's oldest womon, Francisca Susano has died at the age of 124. She was the last person alive who was born in the 19th Century.

Born and brought up in Philippines, she was affectionately known as Lola.

She died at her home in Kabankalan in the province of Negros Occidental.

However, the cause of her death is yet to be determined.

In an interview, she had revealed that her secret for living such a long life is a diet consisting mainly of vegetables, with little meat and no pork.

After Lola's last birthday, politician Rodolfo Ordanes had filed a petition urging the House of Representatives to award her £15,000 in recognition of her 'monumental achievement.'