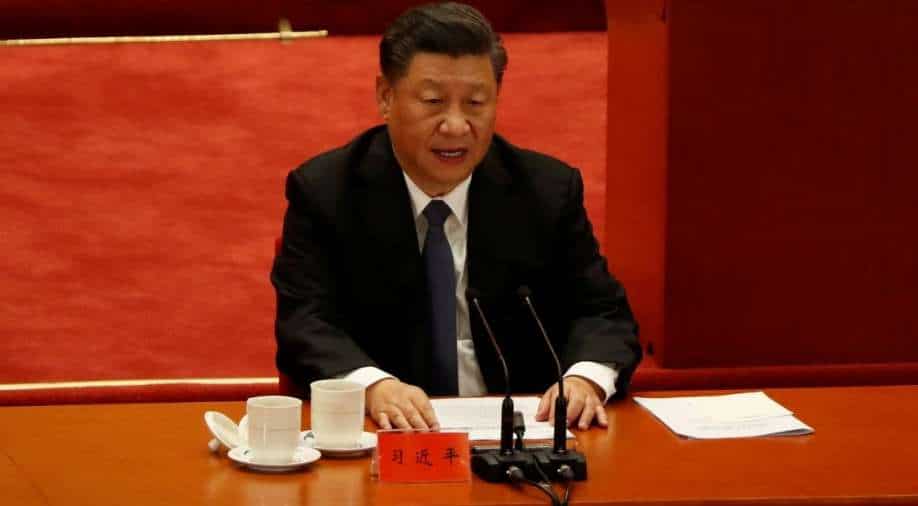 China, under growing global pressure over its coronavirus response and treatment of minority Muslim Uighurs in far west Xinjiang, is mounting an unprecedented and aggressive campaign to push back

Chinese President Xi Jinping said on Tuesday that the global governance system should be made more equitable and fair, and that rules set by one country or some nations cannot be imposed on others.

"The world wants justice, not hegemony," Xi said in his keynote speech at the annual Boao Forum for Asia, the region's answer to Davos.

Building barriers and pushing for decoupling will harm others and benefit no one, Xi said.

It comes after Human Rights Watch said in a detailed report released Monday that China is guilty of ongoing "crimes against humanity" in its oppressive treatment of Uyghurs and other Muslim minorities.

China, under growing global pressure over its coronavirus response and treatment of minority Muslim Uighurs in far west Xinjiang, is mounting an unprecedented and aggressive campaign to push back.

Beijing has imprisoned more than one million members of the main ethnic group in its western Xinjiang region and keeps millions more under a tough system of surveillance and controls, said the report by HRW and Stanford Law School’s Human Rights & Conflict Resolution Clinic.

"The Chinese government has committed, and continues to commit, crimes against humanity against the Turkic Muslim population," the report said.

"The Chinese government's apparent goal in creating the camps is the erasure of Turkic Muslim culture and religion," it said, specifying Uyghurs, Kazakhs, Kyrgyz, and other groups in Xinjiang.

The ongoing policies violate the 1998 Rome Statute of the International Criminal Court, which says widespread or systematic attacks on a civilian population are a crime, the report said.

It faulted the Chinese government for illegal imprisonment, torture and murder of Uyghurs, and of intentional policies of forced labor and sexual violence toward them.

HRW said Beijing's mistreatment of Uyghurs dates back more than two decades, but said that they have intensified since 2013 under Chinese President Xi Jinping.

Driven by nationalism and Islamophobia, Xi's government wants to "Sinicize" the Muslim communities, the report said.

HRW and the Stanford researchers did not go so far as to accuse Beijing of genocide in Xinjiang, an accusation that has been made by the US government, legislatures in Belgium, Canada and Netherlands, and other rights groups.

HRW said it hadn't documented evidence of "genocidal intent" by Beijing, but also said its report does not preclude such a finding.

"If such evidence were to emerge, the acts being committed against Turkic Muslims in Xinjiang, a group protected by the 1948 Genocide Convention, could also support a finding of genocide."

HRW called for governments to work together to pressure China to change its policies and to help identify the perpetrators.

It also called for the United Nations to set up a commission of inquiry to investigate allegations.

Under international law, crimes against humanity are defined as widespread and systematic, whereas the burden of proof for genocide - the intent to destroy part of a population - can be more difficult to prove.