With Biden's dreams for America, will the US-India ties change? 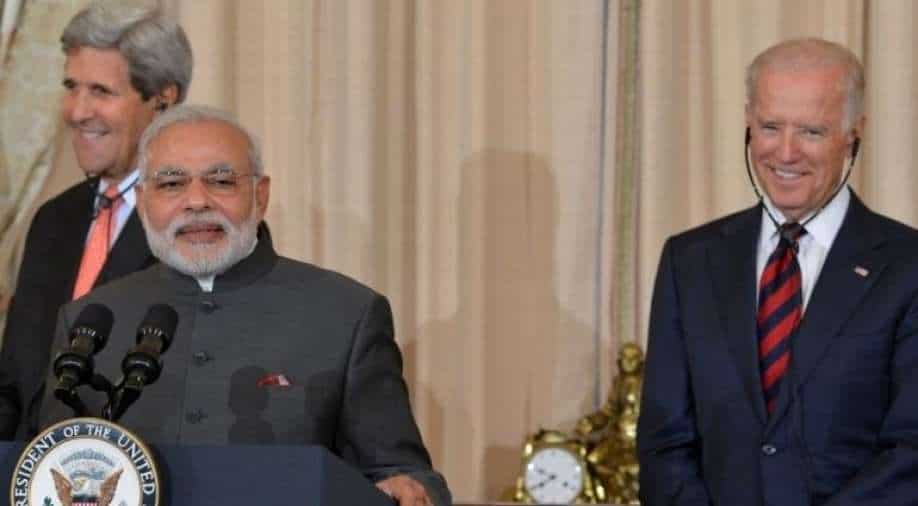 Ever since Joe Biden came to power, it has become fashionable for some to claim that the Indian government will face some pushback on its internal affairs. However, America is not in a position to do any such thing.

Being a seasoned politician, Joe Biden knows better than offending India. The Indian diaspora in the US has become quite affluent and influential. Indian-Americans funded Biden's campaign and now at least 20 Indian-Americans are part of the White House team.

Also, the geopolitical realities have changed since the Obama era. Today, India is a leading global force and enjoys strong bipartisan support across the world. India sits at the high table of the United Nations Security Council. In fact, just three days back, India played a key role in shaping the UNSC statement on Myanmar.

In addition to this, India's vaccine diplomacy spreads as far as Latin America as New Delhi is supplying vaccines to countries such as Brazil and Mexico.

There's a congruence of interests on the diplomatic front as India and America are on the same page when it comes to Taiwan and China. India is America's strategic counter to Chinese aggression. The quad countries are already arranging a meeting of their leaders with an eye on China. India is the only quad member that shares a land border with China and operates outside of the US Security-led alliances.

Also read| As Joe Biden takes over the US, does the world trust him?

America would think twice before interfering in India's internal affairs just as India has steered clear of interfering in America's. However, there's no guarantee that Joe Biden will be as tough on China as Donald Trump. It could be mere political compulsion, given the kind of narrative Trump had built in the last four years.

Considering, Biden is a seasoned politician, he is likely to seek more avenues of cooperation than actively stoke more conflicts with China — something Biden suggested in his first diplomatic address.

this shows that Biden won't deal with China as Trump did. In his back pocket, he has a longstanding relationship with Xi Jinping. In a recent interview, he noted that he had spent more time with Xi than most world leaders. He said, "I had 24 to 25 hours of private meetings with him when I was Vice President. Traveled 17,000 miles with him. I know him pretty well".

India's relationship with America hinges strongly on how Joe Biden deals with China.

Countering America's Adversaries Through Sanctions Act (CAATSA) is a law aimed at pushing back Russian influence. Under this act, the US has sanctioned Turkey for buying the S-400 missile defence system from Russia. Remember, India too has ordered the S-400 systems from Russia. In fact, India is Russia's largest defence customer.

The Trump administration limited itself to 'expressing displeasure', but the question is whether Joe Biden will do the same or will he use CAATSA against India — a major potential defence buyer and a clear strategic partner. There's no guarantee, although he cannot really afford to irk India with sanctions.

So the bottom line is that the current geopolitical chessboard is complex and India has strategically positioned itself in this game. The Biden administration will have to find a way to work with India, the odd statements to appease Biden's domestic vote bank, notwithstanding.