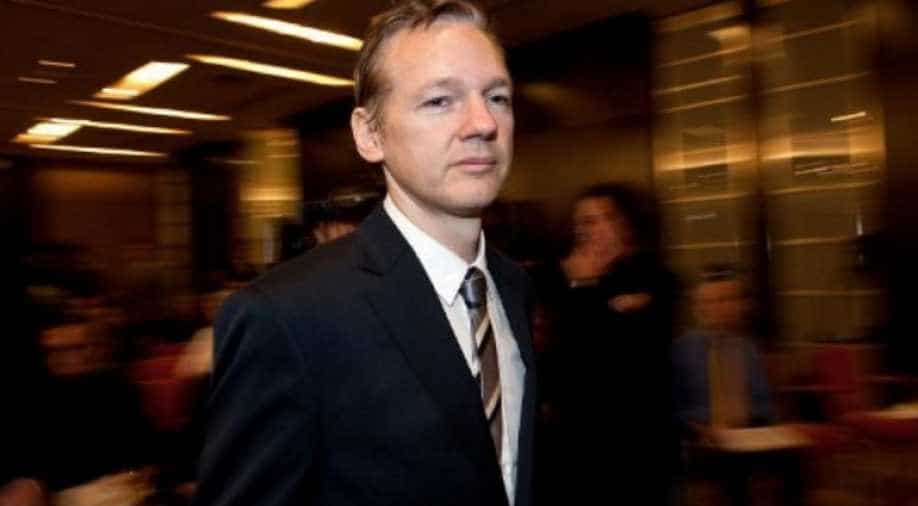 Assange, 48, is in prison in London, fighting an extradition request from the United States, where he faces 18 counts including conspiring to hack government computers and violating an espionage law.

WikiLeaks founder Julian Assange is no longer being held in solitary confinement and his health is improving, his colleague and spokesman Kristinn Hrafnsson told reporters on Tuesday.

Assange, 48, is in prison in London, fighting an extradition request from the United States, where he faces 18 counts including conspiring to hack government computers and violating an espionage law.

His supporters had expressed concern about the state of his health after he appeared confused during a court hearing in October, struggling to recall his age and name and saying he was unable to think properly.

"I saw him about 10 days ago. He has improved thanks to the pressure from his legal team, the general public, and amazingly, actually from other inmates in Belmarsh Prison to get him out of isolation," Hrafnsson told a news conference ahead of an extradition hearing that starts next week.

The Australian-born Assange made global headlines in early 2010 when WikiLeaks published a classified US military video showing a 2007 attack by Apache helicopters in Baghdad that killed a dozen people, including two Reuters news staff.

Assange has consistently said that his legal travails were politically motivated, presenting himself as a champion of free speech who was being persecuted for exposing abuses of power. But his critics paint him as a dangerous figure complicit in Russian efforts to undermine the West.

He fled to the Ecuadorean embassy in London in 2012 to avoid extradition to Sweden, where he was wanted for questioning about allegations of sex crimes which have since been dropped. He spent seven years holed up in the embassy, until Ecuador decided to stop giving him refuge. He was dragged out in May 2019.

"The ceaseless anxiety that Julian's been under for now 10 years has had a profoundly deleterious effect," he told BBC television on Tuesday.

"I imagine that he will be really worried because being sent to the United States is a death sentence."