While Amazon records 10,000 fires in the first 10 days of August, Brazilian President Bolsonaro terms it a 'lie' 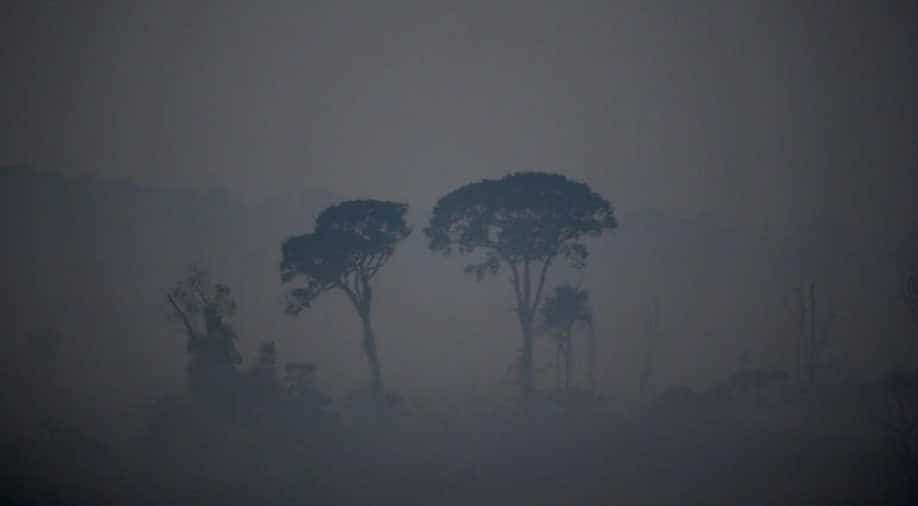 General view of a tract of the Amazon jungle as it burns near Apui, Amazonas State, Brazil August 11, 2020 Photograph:( Reuters )

Brazilian President Jair Bolsonaro on Tuesday called the fires in Amazon rainforest a “lie” while vehemently denying the existence of any fire in the region.

This stands in stark opposition to the data divulged by his own government, which show thousands of fires in the region.

In 2019, Brazil’s fires for the month hit a nine-year high, with the number expected to go higher this year. Just in the first 10 days of August, 10,000 fires have been recorded, up by 17 per cent a year ago.

Brazil’s Amazon rainforests have witnessed a 28 per cent increase in the number of forest fires in July compared to the same period last year.

As per data from the country’s National Institute for Space Research, 6,803 fires were recorded in the month of July alone, compared to 5,318 last year.

Over 60 per cent of the Amazon basin falls under Brazil. Dubbed as the “lungs of the earth”, the rainforest is crucial in limiting the impact of climate change.

However, President Jair Bolsonaro’s term has witnessed a record increase in deforestation and mining in closed forested areas, which has put scores of indigenous populations at risk. This incursion has also led to COVID-19 spreading in communities that live deep in the forests. 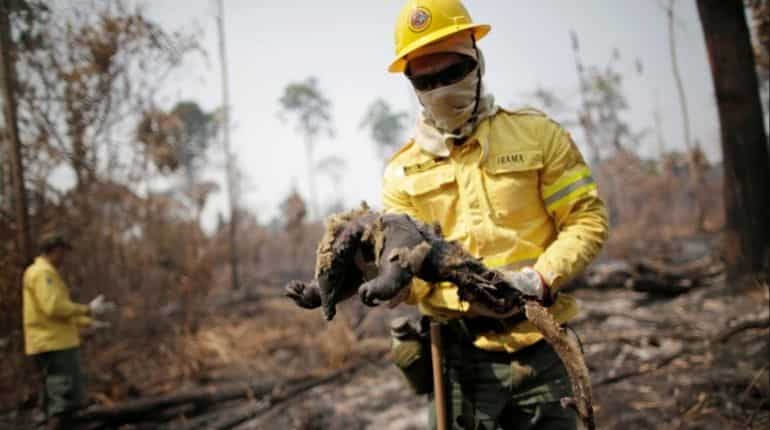 A Brazilian Institute for the Environment and Renewable Natural Resources (IBAMA) fire brigade member holds a dead anteater while attempting to control hot points in a tract of the Amazon jungle near Apui, Amazonas State, Brazil, August 11, 2020 | Reuters

This is particularly worrying because usually August is when the fire season begins in the area. If the trend follows, we may witnessed record figures even this month.

Last August, a large number of forest fires ravaged parts of the rainforest.

"More than 1,000 fires in a single day is a 15-year record and shows the government's strategy of media-spectacle operations is not working on the ground," spokesman for Greenpeace, Romulo Batista said in a statement.

Most of these fires are triggered deliberately to clear land of vegetation and trees, making the process of clearing easier. A lot of this land is then used illegally to farm, mine, and to ranch.

Bolsonaro too, has been outspoken about opening up the forest to bring in more business and industries into the country. He has also often denied climate change, a common tendency among far-right leaders.

2020 has been anyway devastating for Brazil’s Amazon, with the first half witnessing the most deforestation in the region ever!

Over 3,000 square kilometres (more than 1,100 square miles) of land was cleared. This is bigger than the country of Luxembourg.

"They won't find any spot of fire, nor a quarter of a hectare deforested," Bolsonaro said.

“This story that the Amazon is going up in flames is a lie and we must combat it with true numbers," he added.