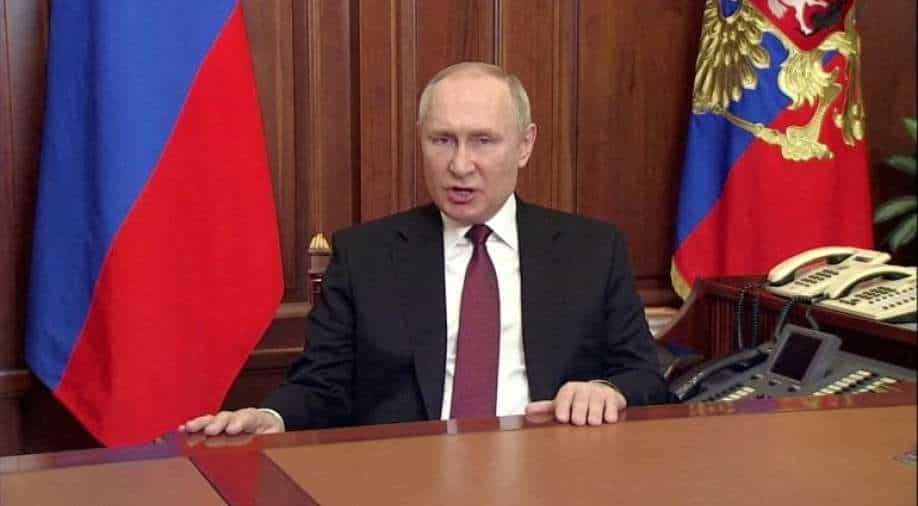 Russia is looking for potential alternatives of the SWIFT international payments network after the West imposed the most crippling financial penalties yet on the country over its unrelenting invasion of Ukraine.

The decision, announced as Ukrainian forces battle to hold Russian forces back, has the potential to spread the pain of Western retaliation for President Vladimir Putin’s invasion to ordinary Russians far more than previous rounds of penalties.

“Putin embarked on a path aiming to destroy Ukraine, but what he is also doing, in fact, is destroying the future of his own country,” EU Commission President Ursula von der Leyen said.

If fully carried out as planned, the measures will severely damage the Russian economy and markedly constrain its ability to import and export goods.

The US and European allies announced the moves in a joint statement as part of a new round of financial sanctions meant to “hold Russia to account and collectively ensure that this war is a strategic failure for Putin.”

Also see | Why Ukraine has been able to stall Russian advance?

The central bank restrictions target access to the more than $600 billion in reserves that the Kremlin has at its disposal, and are meant to block Russia’s ability to support the ruble as it plunges in value amid tightening Western sanctions.

Russia's removal from the SWIFT payments system has been described as a "financial nuclear weapon" because of the damage it would cause to Russia as well as its trading partners.

Putin has sold the economic sanctions as an opportunity for Russia to produce its own goods.

Here are potential alternatives of SWIFT:

Russian banks could move to a messaging system developed by Russia's central bank - System for Transfer of Financial Messages (SPFS). Last year, the central bank was reported as saying domestic interbank traffic could easily be transferred to this platform.

Russian banks could in theory use SPFS messaging to send international payments to a connected bank in one of the countries that belong to the network. This bank could then use SWIFT to pipe the instruction into the international banking system, said Alistair Milne, Professor of Financial Economics at Loughborough University.

But a sudden surge in transactions via such a route would be likely to attract the attention of international regulators, thereby deterring the non-Russian partner bank from continuing this activity.

Professor Markos Zachariadis of University of Manchester, author of a book on SWIFT, said even if regulators did not take action, the banks could soon find themselves ostracised by Western banks, which have grown wary of engaging in activity seen as undermining sanctions.

Another possible response to a SWIFT ban would be for Russian banks to connect to China’s CIPS payment platform. However, China’s platform can only be used for settling payments in yuan.

Analysts at Morgan Stanley said only 1.9 per cent of international payments are made in the Chinese currency, against around 40 per cent for US dollars, which limited the effectiveness of CIPS as a method for funding cross-border trade.

Also, since CIPS itself relies on the SWIFT network for its operations, piggybacking on CIPS could also be seen as a breach of a SWIFT ban, analysts said.

Also read | Explainer: Letter 'Z' turns symbol to show support for Russia’s invasion of Ukraine. What does it mean?

A more suitable SWIFT alternative for Russian banks would be to set up bespoke, bilateral systems using phones, faxes or messaging Apps with an overseas partner who would take payment from importers of Russian goods and make payments to exporters to Russia.

Such a system was created by one foreign lender when Iran was cut off from the SWIFT network by sanctions tied to its nuclear programme, a former SWIFT executive familiar with the matter said.

This required a small team of people processing payments on the basis of sending two faxes and making two phone calls for each transaction.

But however effective, such systems are also prone to error and face security challenges. While SWIFT is plugged straight into a bank’s systems, faxes or WhatsApp messages may involve a manual transfer of data.

Errors and the necessity for extra checks to avoid them would raise costs and could make smaller ticket transactions uneconomic, industry experts said.