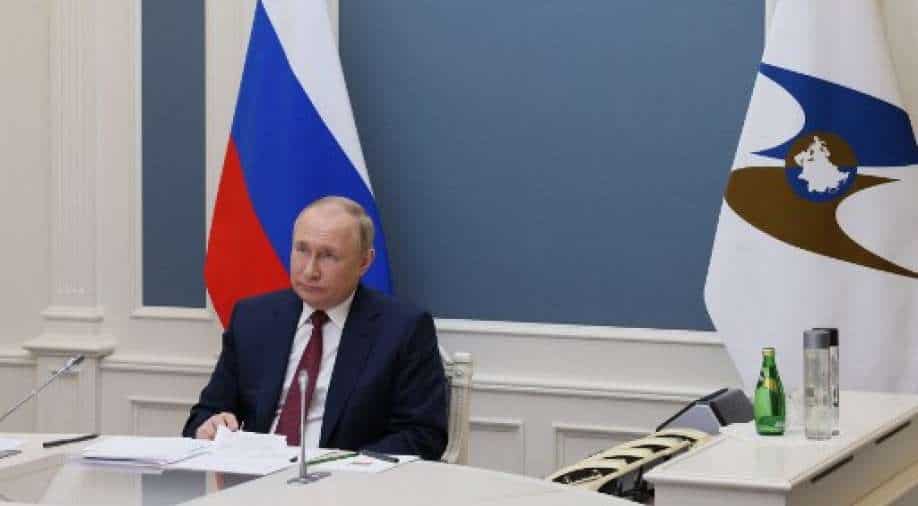 The Russian president said there were "risks of further destabilisation of the situation and aggravation of the humanitarian crisis" as he assured the Western leaders Russia wants to allow grain exports from Ukraine.

German Chancellor Olaf Scholz and French President Emmanuel Macron asked President Putin to hold "direct serious negotiations" with President Zelensky as the western leaders spoke to the Russian president for over an hour and called for an "immediate ceasefire and withdrawal of Russian troops".

As the war drags on in Ukraine, the Russian army claimed it had seized a town in the eastern Donetsk region.

The town Krasny Liman reportedly lies on road to Sloviansk and Kramatorsk as President Zelensky informed that Russians had "concentrated maximum artillery" in the Donbas region.

President Vladimir Putin had declared "special military operations" against Ukraine on February 24 as Russian forces invaded the neighbouring country, however, after facing stiff resistance around Kyiv, the Russian defence ministry said it would be concentrating its forces in eastern Ukraine.

Reports claim Russian forces have made advances in  Severodonetsk and Lysychansk, however, there are conflicting reports on the fighting in the region.