The Weinstein Affair: 10 key moments in a global fallout 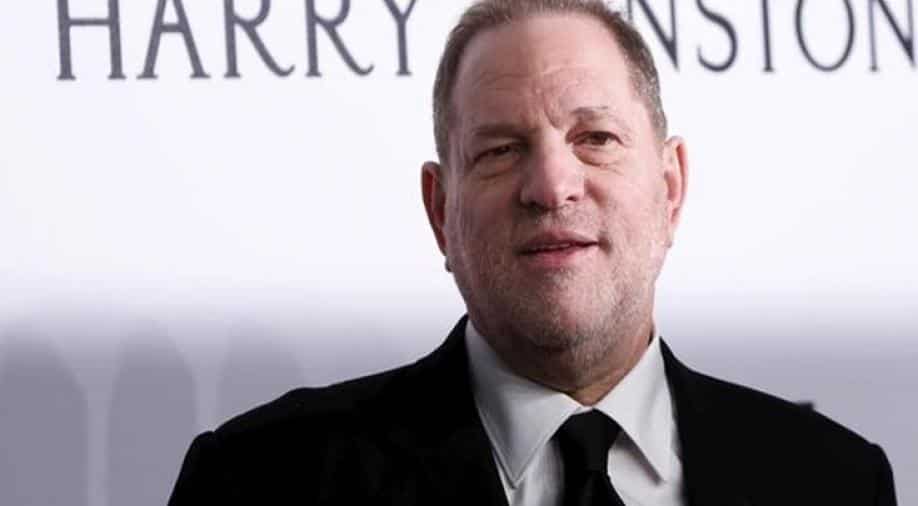 Bombshell sexual assault claims against Hollywood mogul Harvey Weinstein a year ago sparked the #MeToo movement that unleashed an outpouring of similar charges across the globe.

Here are 10 major moments in the saga that has rocked the worlds of cinema, politics, sport and beyond.

Bombshell sexual assault claims against Hollywood mogul Harvey Weinstein a year ago sparked the #MeToo movement that unleashed an outpouring of similar charges across the globe.

Here are 10 major moments in the saga that has rocked the worlds of cinema, politics, sport and beyond.

On October 5, 2017, The New York Times publishes the first claims of sexual harassment against Weinstein, one of the most powerful producers in Hollywood.

An avalanche of similar charges emerges, including from more than two dozen top actresses such as Gwyneth Paltrow and Angelina Jolie.

Eventually, there are allegations ranging from harassment to rape from around 100 women and going back decades.

The French hashtag #balancetonporc, or "denounce your pig", launches on Twitter on October 13 encouraging women to reveal their own experiences of sexual harassment.

Both go viral, taken up by ordinary women across the world but also high-profile figures such as actresses Uma Thurman and Reese Witherspoon.

Still active a year later, the hashtags have spinoffs in several languages.

On October 29, US actor Anthony Rapp alleges in a Buzzfeed interview that he was sexually harassed by "House of Cards" star Kevin Spacey more than 30 years previously, when he was aged 14.

Other allegations emerge and in November Spacey is removed from his scenes in Ridley Scott's film, "All the Money in the World," and replaced by Christopher Plummer.

A renewed look at claims of sexual harassment in the British parliament takes its first scalp when defence minister Michael Fallon quits on November 1.

Politicians around the world resign in the fallout, including in Australia, Austria, Scotland and the United States.

At the start of 2018, revered French actress Catherine Deneuve is among 100 women who slam #MeToo in an open letter criticising it as a new "puritanism" and a "witch-hunt" that threatens sexual freedom.

It has taken on "a hatred of men and of sexuality," says the letter published on January 9.

Their criticism sparks a worldwide reaction. In the following days, Deneuve apologises to victims of sexual assault, saying she did not mean to condone these "hideous acts".

On May 4 the Swedish Academy behind the Nobel Literature Prize announces the postponement of the 2018 award amid internal upheaval after sexual assault claims from several women against the husband of one of its members.

On October 1 a Swedish court sentences the man in question, 72-year-old Jean-Claude Arnault, to two years in jail for a rape in 2011.

On January 25 former USA Gymnastics doctor Larry Nassar is given what amounts to a life sentence for abusing at least 265 young female athletes over two decades.

Some of the women say they only went public because of #MeToo.

On September 25 TV icon Bill Cosby becomes the first celebrity to be sentenced for a sex crime since the saga erupted, jailed for an assault 14 years ago.

On August 20 sexual assault allegations are published against Italian actress Asia Argento, a leading #MeToo figure who has accused Weinstein of rape.

Actor Jimmy Bennett alleges Argento assaulted him in 2013, when he was 17 and under the age of consent in California.

Argento denies the claims but is dropped from the Italian version of the reality show "X Factor". She later admits to sex with Bennett but says "he literally jumped on me".

On September 13 sexual misconduct claims go public against US President Donald Trump's nominee for a life seat on the Supreme Court, Brett Kavanaugh.

He is eventually accused by at least three women of sexual misconduct in high school or at university.

After dramatic testimony by one of Kavanaugh's alleged victims, Trump on September 29 orders a new FBI investigation.

On October 2 Las Vegas police say they have reopened an investigation into a 2009 rape accusation against Portuguese soccer star Cristiano Ronaldo.

He labels as "fake news" the claims by former model Kathryn Mayorga.