'We must end Covid pandemic in 2022': WHO chief's stern warning, urges world to pull together 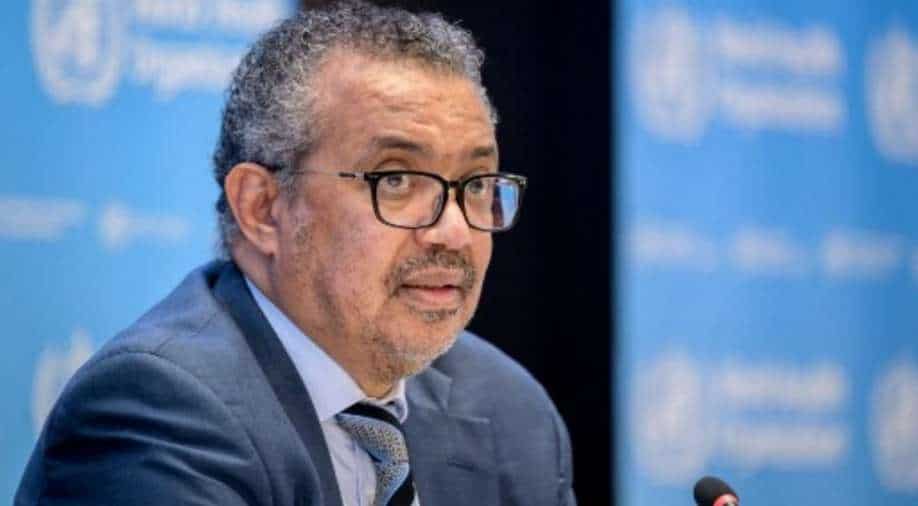 The WHO has said the heavily mutated Omicron variant is spreading at an unprecedented rate. Photograph:( AFP )

As the coronavirus (COVID-19) pandemic continue to wreak havoc across the world after the emergence of new variants, the World Health Organization (WHO) chief Tedros Adhanom Ghebreyesus on Monday (December 20) opined about taking strict measures to end it.

He urged the world to pull together and make difficult decisions needed within the next year as he said that "2022 must be the year we end the pandemic."

Ahead of the end-of-year festivities, he told the reporters in Geneva that it's better to cancel events "now and celebrate later than to celebrate now and grieve later" and urged the countries to avoid crowd gatherings as it would be a "perfect platform" for Omicron to spread.

"An event cancelled is better than a life cancelled," he said.

WHO on Omicron threat

It's almost been a month since the first case of Omicron was detected. The early evidence suggested that the variant has a large number of mutations.

It has already started fueling new waves of COVID-19 in a few countries like the United Kingdom. Since it was first reported in South Africa in November, Omicron has been identified in dozens of countries.

The scientists have said that there's a possible increased risk of reinfection. However, the indications are mere speculations as experts are probing the immune escape potential of the Omicron variant.

ALSO READ | ‘A lot of uncertainty’: COVID-19 surge puts many Americans on edge about travelling

Omicron is a variant of the virus that causes #COVID19. To protect yourself and others:

The WHO has said the heavily mutated variant is spreading at an unprecedented rate. "There is now consistent evidence that Omicron is spreading significantly faster than the Delta variant," Tedros said, warning that an increase in the number of cases... may overwhelm the health system and more people could die.

More than 5.3 million people have died since the start of the pandemic, though the true toll is believed to be several times higher.

WHO chief also highlighted the point that there should be equity across the world as many vulnerable people are still waiting for a first vaccine dose.

"If we are to end the pandemic in the coming year, we must end inequity," Tedros said.