We have made an agreement with Russia, no backtracking on S400 missile system: Erdogan 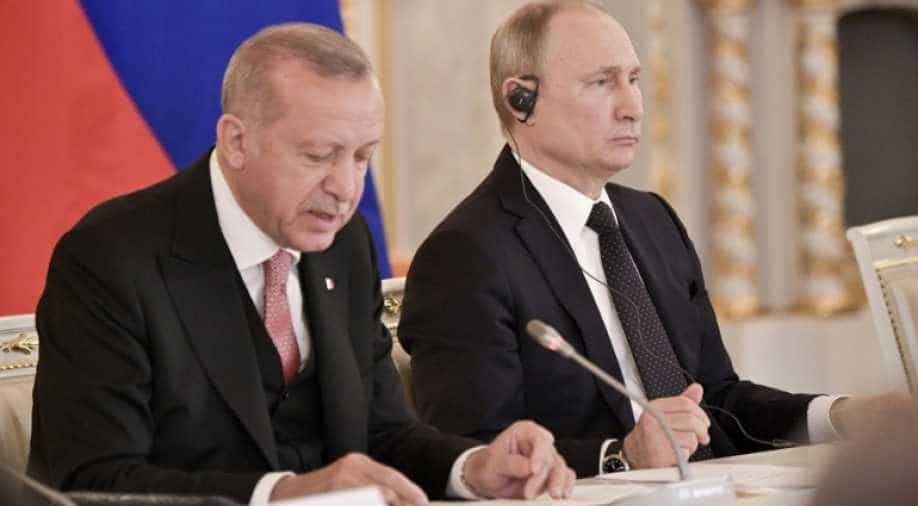 President Recep Tayyip Erdogan said Tuesday Turkey would not withdraw from a deal made with Russia to buy an S400 missile defence system despite pressure from the United States.

"We have made an agreement (with Russia). We are determined. There is nothing like backtracking from that," Erdogan was quoted as saying by the official Anadolu news agency.

Ankara's desire to buy the Russian S400 system has been a major source of contention between NATO allies Turkey and the United States, which has threatened sanctions.

Last week, a top Pentagon official said the consequences would be "devastating" for Turkey's joint F-35 fighter programme and its cooperation with NATO if the country goes ahead with plans to buy the Russian missile defence system.

Kathryn Wheelbarger, Acting Assistant Secretary of Defense for International Security Affairs, said Ankara's planned purchase of the S-400 would damage Turkey's ability to work with the Western alliance, and force Washington to hit the country with sanctions.

She said that the US administration, even if it does not want to punish Turkey for the purchase, could be forced to do so by a Congress unsympathetic to Ankara.

Turkey has defied the mounting pressure and said the purchase was a "done deal."

Erdogan on Wednesday spoke with US President Donald Trump by phone and, according to the Turkish leader's office, they discussed Ankara's previous offer to form a "joint working group" on the missile system.