Watchdog condemns Syrian government, IS use of banned chemical weapons 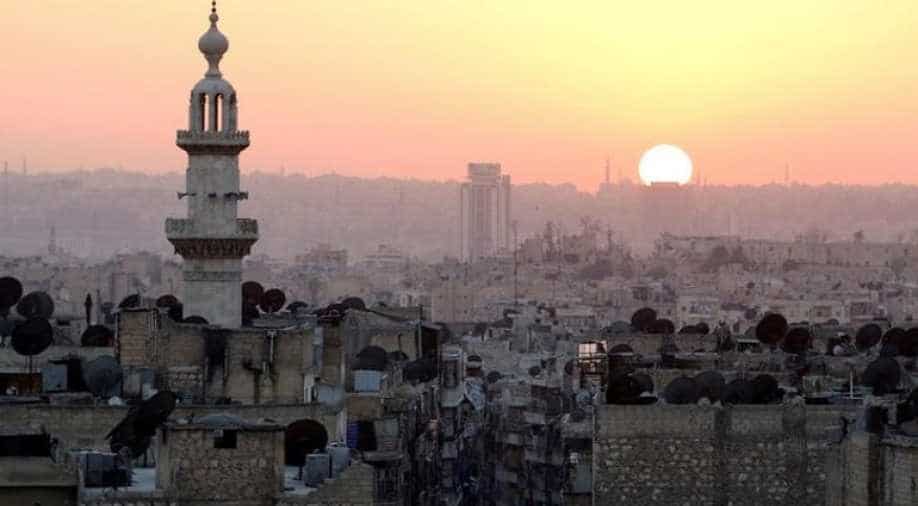 The Organisation for the Prohibition of Chemical Weapons-UN mission found that the Syrian government carried out three toxic attacks in March and April of last year, while Islamic State militants had used sulphur mustard gas. Photograph:( Reuters )

The executive body of the global chemical weapons watchdog voted on Friday to condemn the use of banned toxic agents by the Syrian government and by the militant group Islamic State, a source who took part in the closed session said.

Roughly two-thirds of the 41 members on the Executive Council of the Organisation for the Prohibition of Chemical Weapons (OPCW), endorsed a text compiled by Spain, sources told Reuters.

An initial US draft was replaced with a compromise text drafted by Spain, which dropped a reference to sanctions against those responsible for violations of the Chemical Weapons Convention, sources added.

The OPCW's Executive Council, which meets behind closed doors, seldom votes on such matters, generally operating through consensus. But this text was supported by 28 members, including Germany, France, the United States, and Britain.

It was opposed by Russia, China, Sudan, and Iran. There were nine abstentions. Russia and Iran are Syrian President Bashar al-Assad's main allies against rebels seeking to overthrow him. Western and Gulf Arab states back the rebels.

"There is a clear determination across the international community to hold those who have used these heinous weapons to account," said British foreign minister Boris Johnson in a statement responding to the vote.

But a US-Russian split over Syria highlighted continuing divisions. It was these two countries that in 2013 took the lead in getting the Damascus government to join the OPCW and avert threatened US-led military intervention in Syria's civil war.

A 13-month international inquiry by the OPCW and United Nations concluded in a series of reports that Syrian government forces, including helicopter squadrons, were responsible for the use of chlorine barrel bombs against civilians.

The OPCW-UN mission found that the Syrian government carried out three toxic attacks in March and April of last year, while Islamic State militants had used sulphur mustard gas.

The findings set the stage for a U.N. Security Council showdown between the five veto-wielding powers, likely pitting Russia and China against the United States, Britain, and France over how those responsible for the attacks should be held accountable.

Syrian authorities deny having used chemical weapons in the conflict. Islamic State has not commented.