WATCH: Nine-year-old girl in Wuhan asks people to not give up on the city amid coronavirus crisis, says 'we shall overcome' 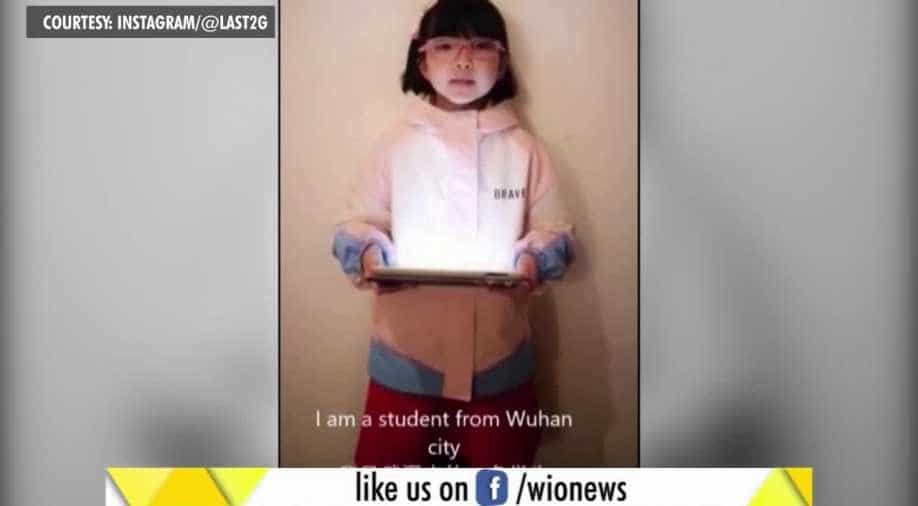 A nine-year-old girl read a letter to Wuhan residents, telling them, "we shall overcome this". The video was shared on Instagram.

Footage of a nine-year-old girl from the epicentre of the coronavirus in Wuhan has recently gone viral on social media.

"We shall overcome this", the kid read out in a letter.

More than 490 people have been killed in China, with international deaths reported in the Philippines and a man dead in Chinese administered Hong Kong.

The video, which was shared on Instagram, showed Sunny, a resident of Wuhan, and a student, pleading people not to give up on the Chinese city.

Most deaths reported in the virus have been contained in the city of Wuhan, in the province of Hubei.

The coronavirus outbreak has killed 490 people in China. The number of infected cases rose to 24,324 as the virus continued to spread in China.

Two deaths were reported outside China with Hong Kong being the latest where a 39-year-old man who had visited Wuhan died on Tuesday. Another man had earlier died due to the virus in the Philippines.

Additionally, new cases were reported on a Japanese cruise ship which now remains under quarantine.

On Tuesday, the Chinese National Health Commission claimed new 65 deaths were recorded, which shot up the death toll to 490 in China.

At least 3,887 new cases were confirmed in mainland China, shooting up the total figure of the infection to 24,324.

According to the World Health Organisation, 176 more cases have been reported in other countries and regions.